Attorneys for former Fox News anchor Gretchen Carlson argued Friday that her sexual harassment lawsuit against Fox News CEO Roger Ailes should be tried publicly with a jury trial, after his team moved to transfer the suit to a New York federal court, which would keep the proceedings private.

Carlson filed her suit in New Jersey Superior Court, leading attorneys for Ailes to argue she was trying to circumvent the arbitration clause in her contract, which requires workplace disputes to be resolved in a New York-based arbitration, the New York Times reported. Attorneys for Carlson responded by accusing Ailes of “judge shopping,” arguing that the clause applies to suits against her employer, Fox News, and Carlson is only suing Ailes.

“After invoking jurisdiction of the New Jersey federal court and filing a motion there, Mr. Ailes decided that he doesn’t like the judge assigned to this case and he illegally is attempting to judge shop by now seeking to move the lawsuit to another jurisdiction,” Carlson’s attorney, Nancy Smith, said in a statement. “We feel confident that the law will not allow such maneuvering.”

In requesting to move the case, an attorney for Ailes accused Carlson’s team of attempting to “game the system.”

“Gretchen Carlson’s attorney has led a concerted smear campaign to prejudice the rights of Roger Ailes in this case,” Susan Estrich said in a statement. “Her attempt to game the system so as to avoid the arbitration clause for her client’s baseless allegations is contrary to law and unsupported by the facts.”

“We’re trying to get this to the court where it belongs,” Briganti said in a statement. “If anything, Gretchen Carlson’s lawyer was attempting to judge-shop by having this heard in her comfort zone of state court in Bergen County, where neither Roger nor Carlson reside.”

In the wake of Carlson’s suit—which argues that she was fired from the network for refusing to sleep with Ailes and for making complaints about sexism in the workplace—more women have accused him of sexual harassment or inappropriate behavior dating back decades. Ailes and his team have denied the accusations, saying Carlson’s contract was simply not renewed. Other Fox hosts and personalities have also defended Ailes and said Carlson was upset about being fired from the network. 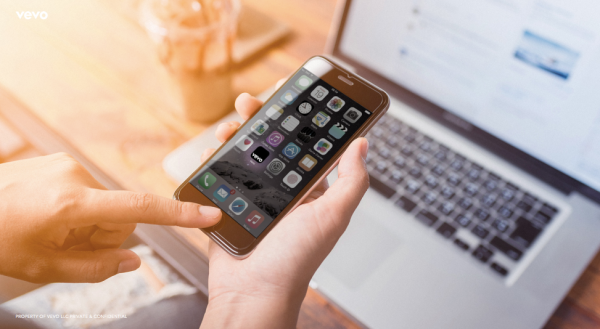 Vevo Wants to Be Your Go-To App For Music Videos
Next Up: Editor's Pick