The Nice Attack and the Democratization of Terror

Call it the democratization of terror. Though the motivation of Mohamed Lahouaiej Bouhlel remains unknown, if he did slaughter nearly a hundred Bastille Day celebrants with his lorry as the fulfillment of a jihadist goal, he will be remembered as one of terrorism’s innovators, someone who took killing by the most elementary means to a new level.

No longer does anyone need to be in the thrall of al Qaeda’s breathtakingly complex covert operations, like the East Africa embassy bombings or 9/11 itself. Nor does a would-be terrorist need to construct that iconic bomb, which as Faisal Shezhad, the man who failed to blow up Times Square, can tell you is tougher than it looks. Now, indeed, you don’t even need to be a card-carrying member of a terror organization. Mere inspiration from the late Yemeni cleric Anwar Awlaki, who pioneered the call for individual acts of terror whenever and wherever, or from ISIS, which amplified that appeal a hundred fold, suffices.

In the United States, we have witnessed the move toward more egalitarian terrorism in the use of firearms in San Bernardino and Orlando. Since Congress has created an inalienable right to own assault weapons, the call to innovate that Bouhlel felt in France may be absent on these shores. In Israel, the trend toward lowest-end violence has been developing for some time, with multiple cases of tractors plowing into pedestrians, and a rash of knife attacks that has come to be known as the “Stabbing Intifada.” Another take on this was seen in the London neighborhood of Woolwich in 2013, when two militants ran down a British soldier and then hacked him to death with a cleaver and knife. In France, much smaller-scale vehicular assaults preceded Bouhlel’s.

Beyond the ghastly toll of dead and injured, the Nice attack casts a pall because so little can be done to curb access to the means of terrorist production. Most countries carefully regulate fertilizer and other explosive materials and outlaw assault weapons—though their availability is still growing as part of the spillover from wars in Syria and Libya. If police did allow Bouhlel to drive onto the Promenade des Anglais because he said he had ice cream to distribute, that, at least, is a mistake they are unlikely to make again. But that still leaves millions of cars and trucks on the road.

The fact that intelligence services are said to have no information linking Bouhlel to extremism is another sobering reminder of the near-impossibility of catching someone who is “radicalizing to violence,” as the experts call it. There is typically no cell to disrupt, often no electronic trail to follow, no web of human contacts to unravel. From the perspective of the authorities, the job is to prevent something wholly unpredictable and very nearly random.

Is there something about France? For years counterterrorism experts marveled at the relative lack of terrorist activity in France and chalked it up to aggressive law enforcement and intelligence work. Senior French officials took smug satisfaction and boasted about not being hamstrung by what they viewed as Anglo-Saxon prissiness about civil rights.

Beginning with the Charlie Hebdo attack of January 2015, however, France has suffered three major attacks that claimed 226 lives and counting, as well as a passel of smaller incidents that have left the nation with more terrorism casualties than any country in the West by a good measure. With the largest Muslim community in Europe—a continent whose Muslims tend to be more marginalized and alienated than those in the U.S., Canada and Australia, for example—that may not be such a big surprise.

But there is more to it than the fact that a larger community should, by the law of averages, have more extremists. Will McCants and Chris Meserole of the Brookings Institution looked at data on foreign fighters going to Syria and concluded to their surprise that the top predictor of foreign fighter radicalization was whether an individual’s country of origin was francophone.

The hypothesis is of course not that language but rather French political culture is to blame. The top two European exporters of foreign fighters to ISIS, as a percentage of their Muslim populations, are Belgium and France. And French-speaking Tunisia is the number-one provider worldwide. For the Europeans in particular, a key question here is society’s emphasis on laïcité—the strongly secular approach that constrains religious expression in the public sphere and has made Islamic religious practices a point of contention. (France and Belgium are the only two European countries to ban the headscarf.) There are further questions about whether discrimination and economic exclusion are worse in France than elsewhere.

Even if those structural problems turn out not to be major drivers of extremism, France appears headed for an especially difficulty struggle with terrorism. Attacks like Nice supercharge a extraordinarily vicious circle: Violence by Muslims inevitably boosts anti-immigrant sentiment. Thus, the National Front’s Marie Le Pen, already a strong candidate for next year’s presidential election, was one of the very first to take to the airwaves and call for a “war against the “scourge of Islamist fundamentalism.” (Newt Gingrich’s demand for a test of all Muslims to see if they believe in sharia is the dishonorable, unconstitutional corollary on this side of the Atlantic.) Demands for more intrusive policing are inevitable.

In the current heated atmosphere, a small number of Muslims are bound to see growing Islamophobia as a confirmation of the fundamental tenet of contemporary jihadism: The West is waging a battle against Islam. Most won’t, and you need only read the coverage coming out of Nice to see how many French Muslims were enjoying the celebrations of Bastille Day and their status as French citoyens in Nice. But those few who see the world through jihadist lenses will be that much more likely to act violently.

Propelling them as well will be the copycat urge—the desire to join up and be part of what ISIS depicts as a movement of transcendent significance. Push and pull factors will operate in a perfect, corrosive harmony.

As was clear after the Paris attacks, plenty of French men and women won’t be swept up in the hysteria. And who knows, maybe France’s political class will rise to the occasion and provide leadership and better security. But they will be challenged. Terrorism ineluctably tilts the field for the demagogues. 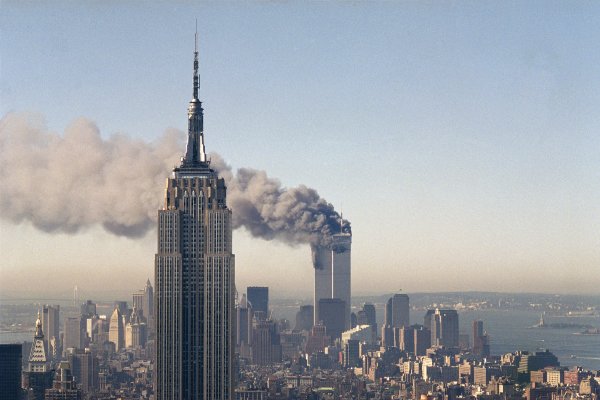 Once-Classified Chapter of 9/11 Report Released
Next Up: Editor's Pick