Turkish President Recep Tayyip Erdoğan blamed an international opposition network for leading a coup against his government in a statement to the Turkish people delivered through FaceTime and broadcast on television.

The movement—known as the Gülen movement or Hizmet—is led by Turkish imam Fethullah Gülen, who has lived in self-imposed exile in the United States since 1999. Despite his distance, he remains one of the most influential people in Turkey. From afar, he has run a powerful movement calling for a secular and democratic government.

Gülen’s group, the Alliance for Shared Values, issued a statement saying comments alleging the group’s involvement in the coup were “highly irresponsible” and that the group did not support the military’s intervention.

“Events on the ground are moving quickly and it would be irresponsible for us to speculate on them,” the group said in the statement. “We remain concerned about the safety and security of Turkish citizens and those in Turkey right now.”

What is the movement?

Gülen’s movement presses for a moderate version of Sunni Islam that emphasizes tolerance and interfaith dialogue. The organization lacks any official hierarchy or structure, but followers have built up a network of think tanks, schools and publications in locations around the world—including in Texas. The TUSKON business confederation, which has 120,000 businesses under its umbrella, has strong ties to the Gülen movement and provides financial support.

But why would a pro-democracy movement potentially want to overturn a democratically elected leader?

Observers have suspected that the movement’s intentions may not be wholly pure and that some of the movement’s most powerful figures may actually want to consolidate power themselves. “It is clear they want influence and power,” a senior U.S. official told the New York Times in 2012. “We are concerned there is a hidden agenda to challenge secular Turkey and guide the country in a more Islamic direction.”

Why doesn’t Gülen get along with Erdogan?

The pair initially acted as allies thanks to a shared belief in a moderate version of Islam that could work in politics. The modern Turkish state was founded by the avowedly secular Mustafa Kemal Ataturk, but Erdogan’s AKP Party, known as the Justice and Development Party in English, was more Islamist than past Turkish governments, though it still endorsed secularism and democracy over strict adherence to conservative Islamic beliefs—at least when the party was first founded in 2001.

But the alliance had ended by the time Erdogan became president in 2014—he was previously prime minister—though why exactly remains unclear. Erdogan accused Gülen of encouraging Hizmet loyalists to push a corruption investigation targeting government ministers and others close to Erdogan. Gülen has denied that claim.”It is not possible for these judges and prosecutors to receive orders from me,” Gulen told the BBC in 2014. “I have no relation with them.”

For his part, Erdogan hasn’t bought it and has said he made a grave mistake by joining forces with Gülen.

Where does Gülen live?

Gülen lives in a compound in a remote Pennsylvania. A visit by the BBC suggested that the recluse lives a modest life. 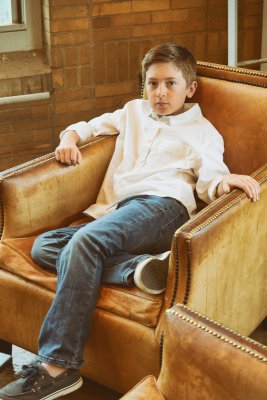