The Suicide Squad released brand-new vignette videos that will tell fans more about each villain in the upcoming film.

Most of the cast posted videos about their characters, who are all in serious need of some group therapy, on Friday afternoon to promote ticket sales for the film, which opens Aug. 5. The videos are filled with all the comic book “WHAM” and “BAM” graphics and super villainous fight scene footage. “Ballroom Blitz” plays, Margot Robbie swings her bat menacingly, and Karen Fukuhara slices her enemies and stuff Samurai-style. Revelations: no one is up to any good and Cara Delevingne’s never made weirder faces.

Consider these telling glimpses into each of their dark souls more like dating profiles than rap sheets, except instead of “fire” pictures, one supervillain has hands that actually shoot fire. Find out everyone’s tag line and let the cast give new meaning to the term “squad goals” on Instagram below.

Jared Leto hasn’t posted one, probably because the Joker is clearly too much of a Wild card to participate.

And the government agent 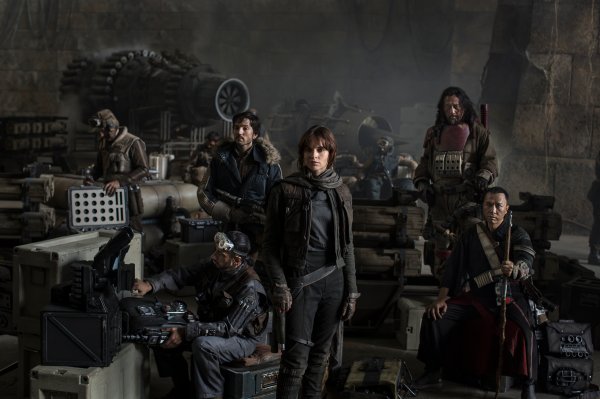 Check Out the New Rogue One: A Star Wars Story Footage and Poster
Next Up: Editor's Pick