How to Help the Victims of the Nice Attack

At least 84 people were killed Thursday night at a Bastille Day celebration in Nice, France, when a truck drove through crowds of people, where they had gathered to watch fireworks.

The driver opened fire on the crowd and was killed in a shoutout with police. According to French authorities, the driver was identified as Mohamed Lahouaiej Bouhlel, 31.

French President François Hollande had said this was likely an act of terrorism, and authorities said Friday that more than 200 people had been injured and many of them were still in critical condition. Victims include people from France, Switzerland, Morocco, the U.S., Russia and Armenia. Here’s how you can help those affected by the attack in Nice:

Give For France is currently collecting donations to help the victims of the attack in Nice. You can donate online or give through your phone by texting “Paris” to 20222, which will donate $10.

The French Red Cross is providing support to survivors and their family and friends and fundraising for emergency preparedness, response and relief teams.

Other organizations that generally provide relief services and support in France include the French Catholic Relief and Friends of Fondation de France.

A GoFundMe has also been set up for the Copeland family in memory of Sean Copeland, 51, and his 11-year-old son Brodie Copeland of Texas. They were among those killed in the Nice attack.

Learn about resources to support victims

If you live in France, you can help by donating blood, though by Friday morning so many people had turned out to donate that authorities said they had met the current demand.

Many people on social media are using the hashtags #PrayForNice and #GiveForFrance to spread awareness about the attack and encourage others to give.

Vigils are being planned around the world, including in Sydney, London, Cardiff, New York City, Louisville and Detroit. 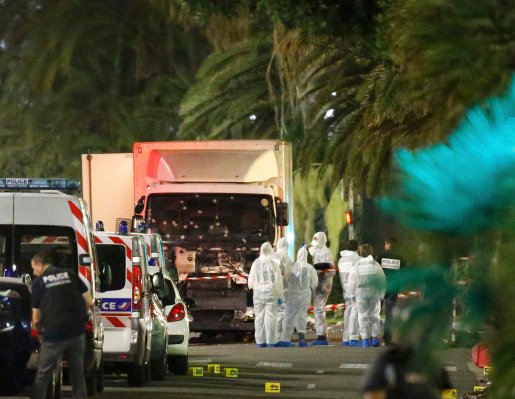 Why France Has Become the Number One Target for Terror
Next Up: Editor's Pick