Hollande Says 50 'Between Life and Death' in Nice

French President François Hollande said Friday that along with the 84 people killed in the Nice attack, 50 more are “between life and death.”

“There are 50 other people who are still receiving emergency treatment. They are between life and death,” Hollande said, The Guardian reports. “And there are a number of young children who came to watch fireworks with their families, who have been struck down just to satisfy the cruelty of one individual or possible [sic] of a group.”

Hollande described the psychic pain of the injured and the witnesses: “We have visited scores of injured, who have horrendous images in their heads. They are suffering more because of the psychological trauma,” he said. “Even people who have no signs of physical injury, will carry throughout their lives the trauma of the horrific images they saw.”

Marine Le Pen, leader of France’s right-wing National Front, also commented on the attack. “The war against the scourge of Islamist fundamentalism has not begun; it’s now urgent to declare it,” she said, the New York Times reports. 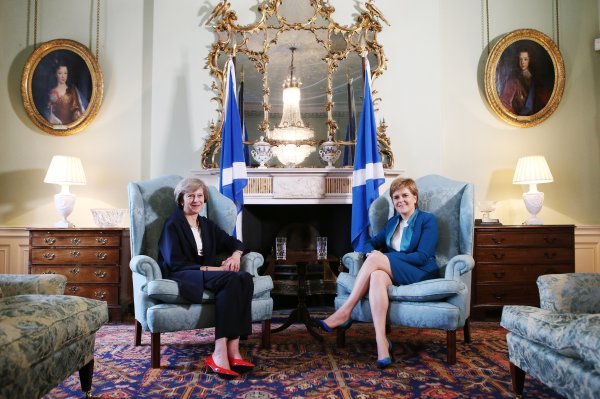