The Long History of Supreme Court Justices Getting Political

History tells us that at least nine Supreme Court Justices became involved in Presidential politics, with one (William Howard Taft) having been President before going to the Supreme Court as Chief Justice; one (Charles Evans Hughes) being on the Court, resigning to run for President, losing the election, and then coming back years later to the Court as Chief Justice; and one (Earl Warren) seeking the Presidency twice and being the Vice Presidential nominee on a losing ticket with Thomas E. Dewey. But also, six others (John McLean, Salmon P. Chase, David Davis, James F. Byrnes, William O. Douglas, Antonin Scalia) demonstrated varying levels of interest in seeking the Presidency.

President William Howard Taft (1909-1913) appointed more Supreme Court Justices (6) in his one term of office than any President, except George Washington and Franklin D. Roosevelt. He had been a federal circuit judge in his thirties, and always had a desire to serve in the judiciary, and he became the only President also to serve on the Supreme Court by appointment of President Warren G. Harding from 1921-1930, serving alongside some of the Justices he had appointed a decade earlier. Taft was also significant in that he was the key figure promoting the creation of a Supreme Court Building across from the US Capitol. He was deeply engaged in the architectural planning for the building, which opened five years after his death.

Charles Evans Hughes, the progressive Republican Governor of New York from 1907-1910, was appointed to the Supreme Court in 1910 by Taft and served as an Associate Justice until 1916, when he resigned to run as the Republican Presidential nominee against President Woodrow Wilson, in what became the closest election since 1876 and until 1960, losing only because Wilson won California by a very small margin. Hughes went on to be Secretary of State, one of the best in that position, from 1921 to 1925 under Presidents Harding and Calvin Coolidge. Then, President Herbert Hoover appointed him to the Court for the second time, but as Chief Justice to replace Taft. Hughes would serve as one of the top few Chief Justices by reputation of scholars, from 1930-1941. He would become famous for the often quoted statement about the Supreme Court: “The Constitution is what the Supreme Court says it is!”

Earl Warren was California Republican Governor for three four year terms, beginning with his first election in 1942, until appointed as Chief Justice by President Dwight D. Eisenhower in 1953, serving until his retirement in 1969. He had sought the Presidency in 1948, and was selected by New York Governor Thomas E. Dewey to be his Vice Presidential running mate, and then tried for the Presidency again in 1952, but ended up endorsing Dwight D. Eisenhower as the nominee of the Republican Party. He had gained infamy when California Attorney General as an early advocate of the internment of 110,000 Japanese Americans after Pearl Harbor, later changing his image by his advocacy of civil liberties and civil rights as Chief Justice, whereupon he was condemned by right wing groups as a Communist who should be impeached and removed from the Court. His stature was enough that Lyndon B. Johnson asked him to head the commission investigating the assassination of President John F. Kennedy in 1963.

While these three Chief Justices are well remembered, there were six other Justices who also became engaged politically, even if lesser known in history. One was another Chief Justice, Salmon P. Chase, who had been a leading abolitionist, and was named the leader of the Court by Abraham Lincoln in 1864, after Chase had served as his Secretary of the Treasury. Serving nine years as the leader of the Court until 1873, Chase presided over the impeachment trial of President Andrew Johnson in 1868, and while on the Court, unsuccessfully sought the Presidency as a Democrat in 1868, after having earlier competed as a Republican in 1860 as a rival of Lincoln for the nomination. He also sought the nomination of the Liberal Republican movement in 1872, which merged with the Democrats and nominated New York Tribune editor Horace Greeley against President Ulysses S. Grant’s second term election.

Associate Justice David Davis, who had been the campaign manager for Abraham Lincoln in 1860, served on the Court from 1862-1877, and sought the Liberal Republican nomination in 1872 as Chase also did. He left the Court in 1877 to avoid being the ultimate decision maker in the Rutherford B. Hayes-Samuel Tilden election controversy in 1876-1877, which led to the controversial Compromise of 1877, in which five members of the Court participated in the resolution of the election results. This was eerily similar to the Court intervening in the Presidential Election of 2000, and deciding that George W. Bush should win the electoral votes of Florida, which gave Bush the election.

There also is the long term service of Associate Justice John McLean, appointed by Andrew Jackson in 1829 and serving 32 years until 1861, and twice seeking the Republican Presidential nomination in 1856 and 1860 while serving on the Court. And we have short term (15 months) in 1941-1942 Associate Justice James F. Byrnes, appointed by Franklin D. Roosevelt, who quit the Court to serve Roosevelt in war mobilization efforts in World War II, and was seen as an alternative choice to Harry Truman to be Roosevelt’s Vice Presidential running mate in 1944. However, Byrnes was opposed by organized labor and African Americans as unacceptable as FDR’s Vice President. Byrnes was often called the most significant Southerner in national government between John C. Calhoun and Lyndon B. Johnson. Of course, had he been chosen by the Democrats in 1944, he would have become President in 1945 instead of Truman.

There is also the case of Associate Justice William O. Douglas, who was considered on the short list for Vice President in 1944, and rumored as a candidate in 1948. Douglas was the most liberal member of the Court in many ways, and served longer on the Court than anyone, a total of 36 years from 1939 to 1975. He became highly controversial in later years due to his being married four times, each time to a younger woman. One has to wonder what his private life would have been like had he become President of the United States. It was a later President, Gerald Ford, as Congressman from Michigan in 1970, along with South Carolina Senator J. Strom Thurmond, who promoted the idea of the impeachment of Douglas for his scandalous private life, but the idea was dropped. When Douglas finally retired after a stroke in 1975, Ford did the obligatory praise of the service of the man he wanted to remove from the Court.

Finally, there was Associate Justice Antonin Scalia, arguably the most conservative member of the Court in a century, serving under appointment of President Ronald Reagan from 1986-2016. Scalia flirted with the idea of resigning from the Court and seeking the Republican Presidential nomination in 2000, but after some thought, backed away in 1999.

So nine members of the Court were politically active in seeking the Presidency or being the Vice President, with the potential to become President. And there are examples of public statements and lectures by members of the Court at different times throughout history, or even facial gestures or movements that indicate the political side of our Court members. The fact that Antonin Scalia, Clarence Thomas, and Samuel Alito often did not attend the State of the Union addresses by President Barack Obama is telling. The fact that all three have engaged in political activity and spoken before conservative interest groups is further evidence of their views, not all that different than Ruth Bader Ginsburg speaking up against Republican Presidential nominee Donald Trump recently.

Additionally, several Presidents have been openly critical of the Court, including Thomas Jefferson, Andrew Jackson, Abraham Lincoln, Theodore Roosevelt, Franklin D. Roosevelt, and Barack Obama. The conflict between these Presidents, and in particular, Chief Justices John Marshall, Roger Taney, Charles Evans Hughes, and John Roberts are legendary. So the Supreme Court and the Presidency have been unavoidably interlocked throughout history in a way that has often been controversial, but also constantly fascinating.

Ronald L. Feinman is the author of Assassinations, Threats, and the American Presidency: From Andrew Jackson to Barack Obama (Rowman Littlefield Publishers, August 2015). 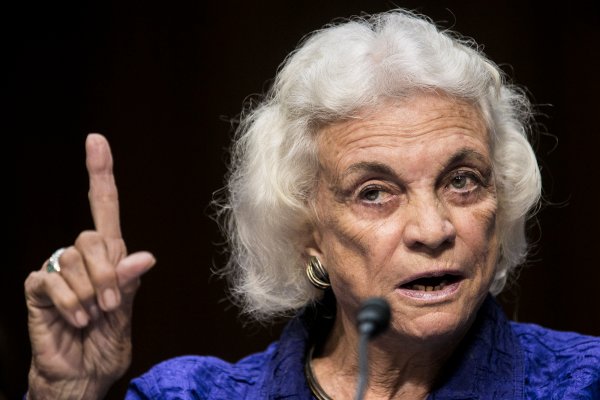