How I Met Your Mother: What's Next for the Cast

What will happen after the titular meeting occurs on the March 31 series finale of How I Met Your Mother? Thanks to the show’s nonlinear timeline, the answers are clear for many of the fictional characters.

And, as a decade-long gig ends and they clear up their schedules, the same is true for the actors who play the Mother gang. Here’s where you’ll be able to catch them after the show goes off the air:

Josh Radnor (Ted): The show’s star has the least obvious path ahead. Radnor has no specific future projects confirmed for release in the next year or so, but the actor — who has written and directed a few films already — has said that he’s interested in doing more work behind the camera.

Cobie Smulders (Robin): The show’s main love interest is going for action, with at least two more appearances as Avengers franchise character Agent Maria Hill. One, Captain America: The Winter Soldier, is out this week and the other, Avengers: Age of Ultron, is currently filming.

Neil Patrick Harris (Barney): The ubiquitous triple threat is going strong. In movie theaters this year, he’ll play Desi in the film adaptation of hit novel Gone Girl, out in October, and also appear in Seth MacFarlane’s A Million Ways to Die in the West, out in May. Meanwhile, on Broadway, it’s curtains up on his starring turn in Hedwig and the Angry Inch (the show is in previews now and opens officially on April 22).

Alyson Hannigan (Lily): Hannigan, a television veteran, recently told TIME that she hoped to have another go at a long-running series. Her first bet for that slot is More Time with Family, a CBS pilot executive-produced by Ben Affleck and Matt Damon.

Jason Segal (Marshall): The comedy strongman has a full slate of movies coming up, including a starring role in this summer’s Cameron Diaz romp Sex Tape and a more serious turn as the star of David Foster Wallace biopic The End of the Tour. He’s also revealed plans for a series of YA novels; the first is due in September.

Cristin Milioti (The Mother): The actress, recently seen in The Wolf of Wall Street, has a thriller (The Occupants) in the works and an NBC pilot for a rom-com called A To Z.

Lyndsy Fonseca and David Henrie (the kids): She’s in Moments of Clarity, due later this year, and he’s in a bunch of movies coming up, including Paul Blart: Mall Cop 2.

Carter Bays and Craig Thomas (the show’s creators): Will also work on the spin-off How I Met Your Dad. 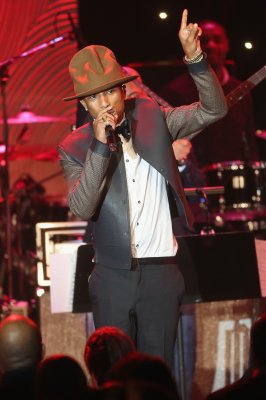 Pharrell Joins The Voice as New Coach
Next Up: Editor's Pick