British Prime Minister Theresa May says she will not trigger Article 50, that will begin divorce talks with the E.U., until a fuller “U.K. approach” to negotiations has been agreed to.

May travelled to Edinburgh for talks with First Minister Nicola Sturgeon about the implications of Brexit for Scotland. The vote to leave the E.U. has revived Scotland’s secessionist sentiment, prompting May to make her first official trip as Prime Minister to the country.

“I believe with all my heart in the United Kingdom – the precious bond between England, Scotland, Wales and Northern Ireland,” May said in a statement before her meeting reports Reuters. “This visit to Scotland is my first as Prime Minister and I’m coming here to show my commitment to preserving this special union that has endured for centuries.”

Sturgeon has said that Scotland will explore all options to prevent it being taken out of the E.U. against its own will. Scotland voted to remain in the union in the June 23 referendum compared to 52% in U.K. as a whole voting to leave the political bloc.

Speaking to broadcasters following their meeting, May said: “I’m willing to listen to options and I’ve been very clear with the First Minister today that I want the Scottish government to be fully engaged in our discussions…I have already said that I won’t be triggering Article 50 until I think that we have a U.K. approach and objectives for negotiations.” 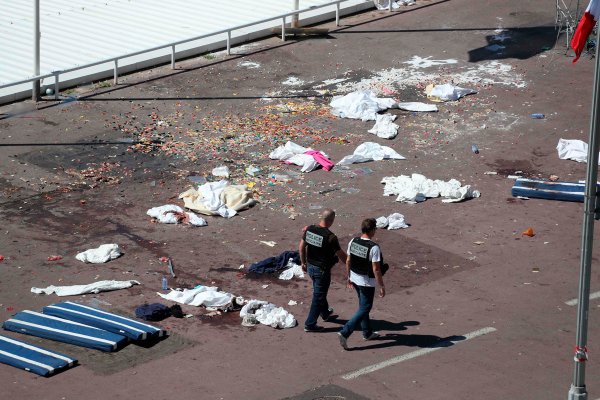 Nice Awakes to a Changed City on Morning After Attack
Next Up: Editor's Pick