President Obama defended his position on issues involving police officers and their relationship with communities of color during a town hall event Thursday hosted by ABC News.

The President’s remarks came after a week of conversations, meetings and statements about the tension between the two groups in the wake of an ambush on Dallas police and the shooting of two black men by police that was captured on video. The Town Hall was taped prior to the news of a terror attack in Nice, France and therefore did not include any mention of the event.

Obama addressed both sides of the debate during the town hall, which shined light on the deep-seated rifts that exist across the U.S. Activists from Black Lives Matter, family members of shooting victims, as well as law enforcement officials were in the audience, posing questions to Obama. Diamond Reynolds, the girlfriend of Philando Castile who was killed by police in Minnesota, asked a question via video about how the country moves forward. Castile’s funeral was held earlier that day and she could not be in attendance live.

Much of the President’s remarks echoed statements he has made over the past week. Obama has called for unity in the wake of the shootings, but also a recognition that biases and mistrust exist. He reiterated his belief that the country is not as divided as it seems and said he remains optimistic that things will improve. On Thursday, the President called himself “Mr. Hope.” But he acknowledged the reasoning behind both the Black Lives Matter movement and the frustration expressed by police who say they’re expected to do more than just police neighborhoods.

At one particularly tense moment, Obama was questioned by Texas Lt. Gov. Dan Patrick who asked the President to condemn violence against police and shine blue lights on the White House in honor of the fallen officers. The President did not respond to the lighting request, but he did remark that he’d spoken out against anti-police violence and rhetoric on a number of occasions since Ferguson.

“You’d have to find any message that did not include a very strong support for law enforcement in all my utterances dating back to Ferguson,” Obama said. “I rely on law enforcement.”

In the end, the President called for both sides of the debate to hear each other.

The town hall occurred on the two year anniversary of Eric Garner’s death, however, and his daughter Erica sat in the audience. After the taping, Erica expressed anger over the fact that she was not called on for a question during the event. 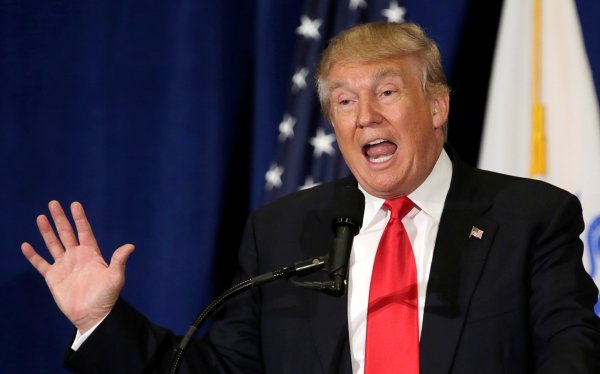