A mom abandoned her three young kids in the Mojave Desert without shoes or water on Wednesday morning in an effort to punish them, police said.

Police arrested Mary Bell, 34, and her boyfriend Gary Cassle, 29, left Bell’s children — a 7-year-old girl and her younger brothers, ages 5 and 6 — in the Morongo Basin in the Mojave Desert. The San Bernardino Sheriff’s Department told TIME that the pair abandoned the kids for “disciplinary purposes.”

Deputies estimated temperatures in the desert were in the mid-nineties when the children were found at about 11:20 a.m., Bachman said. The kids did not require any medical attention and are now in the care of county family services.

Bell and Cassle are being held in lieu of $100,000 bail for felony child abuse and are scheduled to appear in court on Friday. 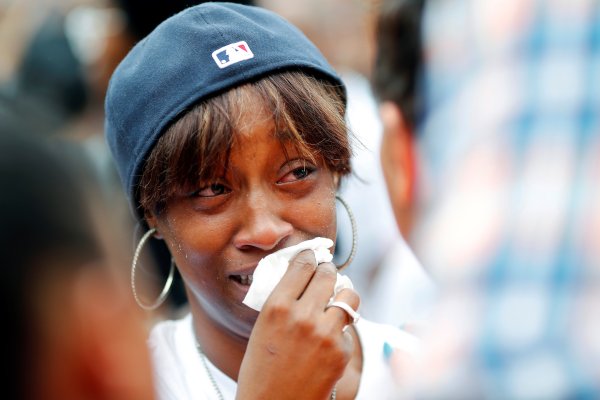 Philando Castile Took Gun Safety Training Before He Was Killed by Police
Next Up: Editor's Pick