6 Numbers That Show How the Emmy Nominations Did on Diversity

Unlike this year’s Oscars nominations, which were immediately criticized for a striking lack of diversity, the 68th Annual Emmy award nominees announced Thursday morning offered recognition for diverse roles on television.

Non-white performers were nominated in each of the leading actor categories for this year, with Black-ish actress Tracee Ellis Ross, Mr. Robot’s Rami Malek and Master of None‘s Aziz Ansari receiving major nods. Additionally, Ansari became the first actor of South Asian descent in Emmy history to be nominated for a leading role. In all, 24.6% of the acting nominations this year went to non-white actors, up slightly from last year.

That figure falls short of the approximately 28.3% of speaking characters on television who were black, Latino, Asian, or Middle Eastern in 2015, according to a USC Annenberg report released in 2016. Nearly 38% of the U.S. population is non-white, according to the latest Census figures from 2014.

These six numbers illustrate the state of diversity on television, as seen through the industry’s most prestigious award nominations.

15 – Years since a non-white actor had been nominated for Best Actor in a Drama; Malek ended the drought with a nomination for his role as a hacker on Mr. Robot this year.

8 – Years since a non-white performer had been nominated for Best Actress in a Comedy; Black-ish’s Ellis Ross snagged a nomination this year.

8 – Non-white actors nominated for their role in a limited series or TV movie in 2016: Idris Elba for Luther, Cuba Gooding Jr., Courtney B. Vance, and Sterling K. Brown for The People v. O.J. Simpson, Audra McDonald for Lady Day at Emerson’s Bar and Grill, and Kerry Washington for Confirmation among them. Last year also saw eight non-white performers nominated for miniseries, shows that have historically featured more diversity.

2 – Non-white actors nominated for Best Actor in a Comedy in 2016, including Ansari. Currently, at least half the shows on TV do not portray a single Asian or Asian-American character onscreen, according to this study.

4 – Years in a row that the Emmy Awards have nominated no non-white actors for Supporting Actor in a Drama. 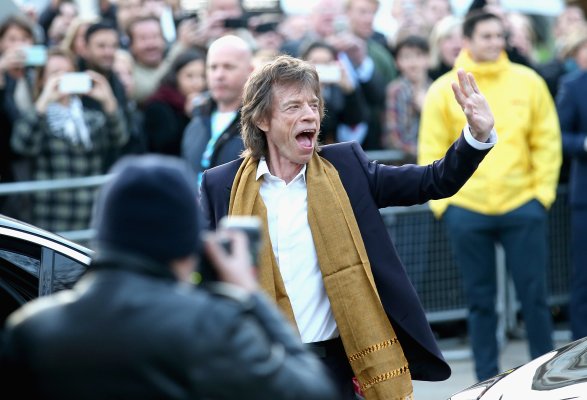 Mick Jagger to Become a Dad Again at the Age of 72
Next Up: Editor's Pick