In the long-awaited film adaptation of Stephen King’s The Dark Tower series, Idris Elba is playing Roland “the Gunslinger” Deschain — a character who has previously been portrayed as white in the books’ illustrations. However, when asked about it in a recent interview with Entertainment Weekly, the 43-year-old actor’s response indicated he was unfazed.

“It’s better just to treat it like no big deal,” he told EW. “There should be no difference. The character that was written in Stephen’s imagination, it could be any color. It just happens to be me and, you know? In the artwork, it just so happens to be a white guy, but I don’t think that makes any difference…I think what’s great about it, if I want to say anything about it, is that it is a sign of the times in terms of a colorless society. People go, ‘A good actor is a good actor,’ you know?”

Elba went on to give a more in-depth look at his on-screen persona, who will spend the film pursuing the villainous Man in Black — played by Matthew McConaughey — across the post-apocalyptic Mid-World. “There’s a mystical element to him,” he said. “He’s about 200 years old. He’s been around for a long time, and has a deep-rooted connection with the [supernatural] nature of the film.”

He also spoke about why he has enjoyed playing the last surviving gunslinger from King’s sprawling series. “I was thrilled. I was thrilled to get this job. I was thrilled because, you know, it’s an alternative to what you could say, what Roland is described as,” Elba said. “A white guy in a sense, but, also just that you could make a version of this film that appealed to a slightly more action-hero type character and I don’t do those films. I haven’t done many actions films. I like to bring a little depth and bring a real character. And what’s been fun is, [director Nikolaj Arcel’s] really up for that. So we do takes that are a little bit more commercial, if you like, and we do takes that are f—ing deep, like we’re making an independent film. It’s an iconic character. I want to get it right.”

The Dark Tower film is set to hit theaters Feb. 17. 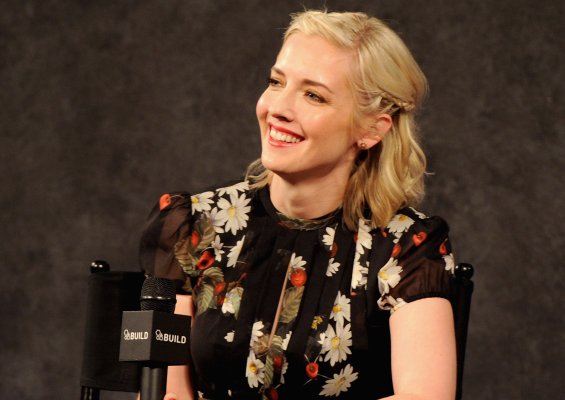