Electricity production from natural gas-fired power plants is expected to reach a record high this year, as the fuel source remains cheaper than coal, according to a government report.

In total, natural gas-fired plants will provide 34% of the country’s electricity this year, the Energy Information Administration (EIA) said. Coal-fired plants, nuclear and renewables follow with 30%, 19% and 15%, respectively.

The cost of natural gas has dropped dramatically in recent years as a result of new technologies that have opened up vast new areas in the United States to drilling, vastly increasing production. As recently as 2010, 42% of the electricity mix came from coal and 25% from natural gas.

Many environmental groups and climate-minded policymakers embraced the transition to natural gas—at least at first. Burning coal produces nearly twice as much of the global warming-causing carbon dioxide, pound per pound, compared with burning natural gas, according to the EIA. Many environmentalists have described the natural gas a bridge fuel, not ideal but an improvement over coal.

Some recent research has shown that leaks in various spots along natural gas pipelines release enough methane gas—another gas that causes warming—to complicate the equation. The Aliso Canyon gas leak outside of Los Angeles, which released more than 100,000 tons of methane in the four months before it was sealed in February, drew attention to the risk of massive blowouts, but environmental policy experts say the real risk may lie in smaller leaks that can go undetected. When methane gets out it is more than 25 times stronger than carbon dioxide at holding heat in the atmosphere over a 100-year period, according to the EPA.

Natural gas companies say they have prioritized fixing the problem both because of the climate implications and their bottom line. “We lose it, we lose money,” said Steven Kean, CEO of Kinder Morgan, an energy infrastructure company that transports natural gas, at an EIA conference this week.

Still, the new understanding of the threat of natural gas has deterred some environmental groups that once praised natural gas. The Sierra Club, for instance, took million of dollars from the industry just a decade ago before reversing course. Others, including the White House, appear confident that new regulations can fix the problem and keep natural gas viable.

“I subscribe to the view that natural gas is a very helpful bridge fuel,” said John Holdren, the president’s chief science advisor, at the EIA conference. “Natural gas technology can be done well or it can be done badly.” 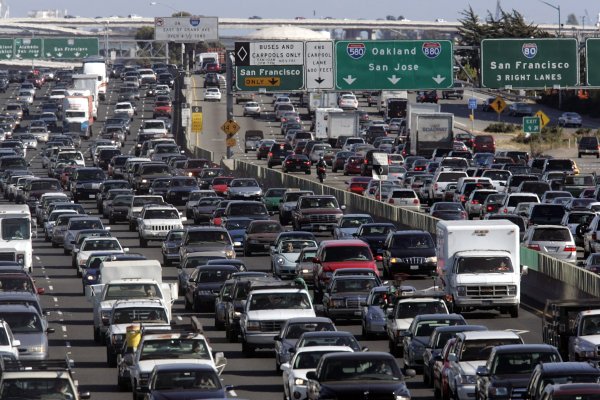 How Low Gas Prices Have Hurt the Environment
Next Up: Editor's Pick