Forbidden love has been a compelling plot device since a couple of teens in Verona decided they couldn’t live without each other. This fall, Lily Collins and Alden Ehrenreich take up that mantle (though presumably with less tragic results) in Rules Don’t Apply, a passion project produced, directed and written by Warren Beatty, who also stars as the billionaire aviator/filmaker/multi-hyphenate Howard Hughes.

In the film, Collins plays a young actress who arrives in Hollywood with her innocence fully intact. She quickly falls for her driver (Ehrenreich), who, like her, also happens to be a transplant, a Christian and a contractor for Hughes, who forbids those in his employ from forming romantic attachments—perhaps in part due to his own interest in young women.

Beatty has mulled over a Hughes project since he first encountered the businessman in the early 1970s, and the film was slow to take shape. It’s his first movie as a director in nearly 20 years and his first as an actor in 15. The ensemble cast includes his wife, Annette Bening, as well as Alec Baldwin, Matthew Broderick, Candice Bergen and Steve Coogan. 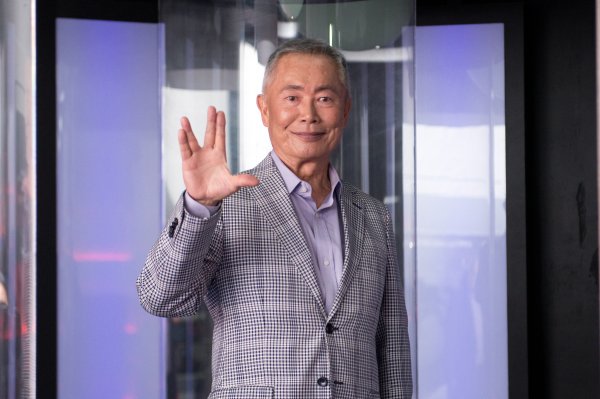 George Takei Clarifies His Comments About Sulu Being Gay
Next Up: Editor's Pick