Marvel Comics has killed off Bruce Banner, the human alter ego of the Hulk.

In the third issue of the Civil War II comic, which was released Wednesday, Banner is shot with an arrow by Hawkeye, a fellow Avenger, according to the New York Daily News. Banner—who is played by Mark Ruffalo in Marvel’s movies—had recently asked Hawkeye to kill him if he seemed poised to cause death and destruction as the Hulk.

“This is uncharted territory for us,” Marvel Editor in Chief Axel Alonso said in an interview with the Daily News. “Only two things are for certain: it will take a long, long time for our heroes to come to terms with his loss, and the circumstance surrounding his death will leave a huge scar on the superhero community.”

Cho, who is Korean-American, will add to Marvel’s quest to include more diversity in its lineup of superheroes. Marvel announced last week that its new Iron Man will be a black woman. 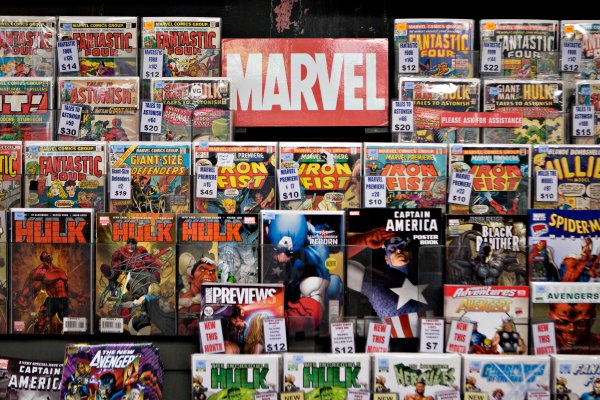 A Big-Name Hero Dies in Marvel's 'Civil War II'
Next Up: Editor's Pick