David Cameron Will Be Remembered for More Than Just Brexit

David Cameron with his wife Samantha leave 10 Downing Street for the last time after speaking to the press to visit Buckingham Palace to formally tender his resignation to the Queen, in London, on July 13, 2016.
Christopher Furlong—Getty Images
Ideas
By Peter Snowdon

“All political careers end in failure,” David Cameron surmised in the early hours of June 24 when the results of the E.U. referendum became clear. Quoting the words of a former Conservative politician, Enoch Powell, Cameron knew that he would have to resign as Prime Minister. Like Margaret Thatcher and John Major before him, David Cameron’s premiership would lie in the ruins of Britain’s troubled relationship with the European Union.

How does David Cameron rank among his predecessors as Prime Minister? Few premiers have been in office during such a tumultuous time in British political life. The long shadow of the referendum result will hang over Cameron’s period in office, but it is important not to lose sight of his overall record. He created and led the first peacetime coalition government in over sixty years, restored stability to the economy after one of the deepest financial crises since the 1930s and fought and won a referendum to keep Scotland inside the United Kingdom. The latter two achievements could yet unravel in the post-Brexit world, but the former earns Cameron’s place in history as a Prime Minister who proved that coalition government could work effectively in the most difficult of circumstances.

The coalition experiment enabled Cameron to pursue a wide-ranging programme of reforms that would have been practically impossible had he led a minority Conservative administration. By binding the Liberal Democrat Party into what his Chancellor George Osborne described as ‘the age of austerity’, he bought precious political cover. The coalition government’s ‘Plan A’ to reduce the deficit was maintained, despite many calls for it to be abandoned and fears of a double-dip recession. The junior coalition partners, led by Nick Clegg, would suffer terribly as a result, while the Conservative Party would take the credit for the economic recovery.

Read more: The 6 Moments That Defined David Cameron’s Leadership of the British Government

Cameron pursued policies which proved unpopular with his party but gained the respect of the broader electorate. By legislating for gay marriage and a commitment to spend 0.7% of GDP on overseas aid, he lost support among sections of the Conservative Party. These were causes he felt passionately about and was prepared to take the opprobrium. Ultimately they did not harm his prospects for re-election in 2015. Other reforms to benefits and education policy were just as controversial, but showed a determination on Cameron’s part to drive through a distinctive and far-reaching domestic agenda.

In foreign policy, Cameron had a far more uneven record. His early success in helping to remove Gaddafi’s brutal regime in Libya, prompted by the idealism of the Arab Spring in 2011, was undone by a lack of planning for the aftermath. U.S. President Barack Obama would later say Cameron was too “distracted” by domestic affairs. His greatest reversal came with the botched attempt to win parliamentary approval for military action against Assad’s regime in Syria in September 2013. The failure to made a strong enough case and a rush to act proved costly, harming relations with Washington for the best part of a year.

Cameron’s biggest gamble was over Europe. He entered Downing Street without a clear strategy except for a promise to ‘stop banging on’ about Europe. The so-called referendum lock agreed with the Liberal Democrats prevented any further transfer of power from Westminster to Brussels without a popular vote but it was not enough for hardened Eurosceptic Conservative MPs, who pushed for a referendum on Britain’s membership of the EU. The rise in support for the United Kingdom Independence Party (UKIP), led by the charismatic Nigel Farage, also weighed heavily on Cameron’s mind in late 2012. His decision to commit to a referendum in early 2013 was a pivotal moment.

Many have argued that Cameron’s decision was a self-inflicted wound. Yet this is to ignore the political reality at the time. Undoubtedly he bowed to mounting pressure inside and outside his party to act, but he came to a more profound realisation that the question of Britain’s place in Europe had to be resolved. The fatal miscalculation came in his optimistic assumption that he would be able to negotiate a fundamentally different relationship with the rest of the EU. Many European leaders were reluctant to grant his demands for a restriction to free movement, which was fueling concerns over immigration within the U.K, not least because of the migration crisis on the continent. Instead of agreeing to the modest deal in February 2016, Cameron could have delayed calling the referendum until better terms were given, difficult though that would have been. This may have given him an opportunity to fight a more positive and authoritative campaign to stay inside the EU, instead of becoming embroiled in what became such a divisive and damaging contest.

History tends to condemn prime ministers for one major mistake – Lord North for the loss of the American colonies, Anthony Eden for Suez and Tony Blair for Iraq. It would be unfair for Cameron’s premiership to be so castigated. He achieved much during his first term in office and more so than Thatcher or Blair in theirs. We will never know what he might have achieved in his second term had he not departed in July 2016. The aftermath of the EU referendum looms large over his immediate legacy, but it will be many years before the full consequences of David Cameron’s gamble are known. 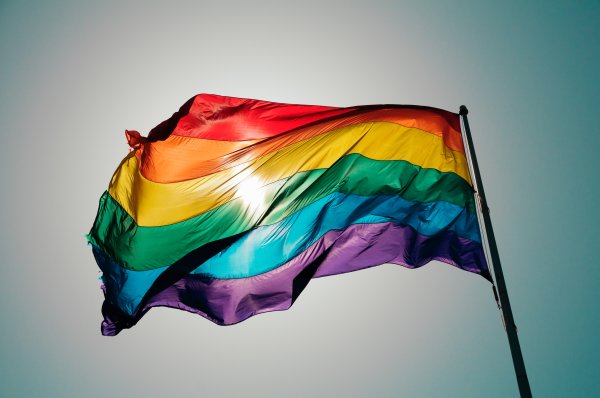 As a Gay Republican, I Cannot Defend the GOP Platform
Next Up: Editor's Pick