George Takei Clarifies His Comments About Sulu Being Gay

Star Trek veteran George Takei has taken to social media to clarify — but not disavow — his disagreement with the decision to depict Mr. Sulu as gay in Star Trek Beyond.

The openly gay 79-year-old actor, who originated the role of Sulu on TV and in several movies, struck a conciliatory tone in a lengthy Facebook post Wednesday, while reiterating his preference that the rebooted Star Trek films would have created a new gay character, rather than altering an existing one.

Echoing his earlier comments to the Hollywood Reporter, he wrote, “I hoped instead that [Star Trek creator] Gene Roddenberry’s original characters and their backgrounds would be respected. How exciting it would be instead if a new hero might be created, whose story could be fleshed out from scratch, rather than reinvented. To me, this would have been even more impactful.”

Despite his feelings about the importance of respecting Roddenberry’s vision, Takei said he is nonetheless “delighted” there’s now a gay Star Trek character and “flattered” that the Sulu decision was intended as an homage to him. (Takei is also an established LGBT activist.)

Takei went on to extend olive branches to John Cho, who plays Sulu in Beyond, and Simon Pegg, who co-wrote the movie and plays Scotty.

“I wish John Cho well in the role I once played, and congratulate Simon Pegg on his daring and groundbreaking storytelling,” Takei wrote. “While I would have gone with the development of a new character in this instance, I do fully understand and appreciate what they are doing — as ever, boldly going where no one has gone before.” 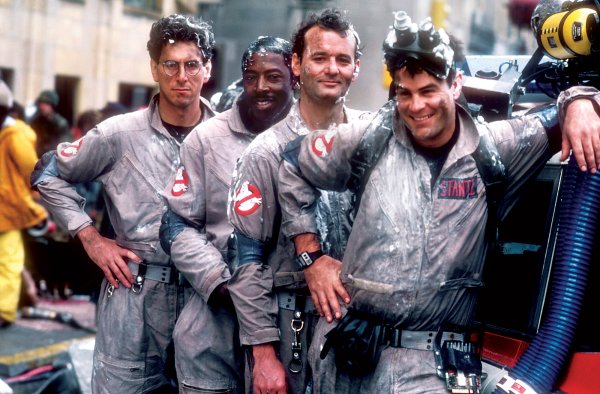 Sorry, But the Original Ghostbusters Isn't Even That Good
Next Up: Editor's Pick