The family of Philando Castile released a copy of his gun permit following the fatal shooting of the 32-year-old by police in Minnesota last week.

The permit, provided to local television outlets, was issued by Hennepin County Sheriff’s office and is dated June 2015.

Castile was shot and killed last week by a police officer in the St. Paul suburb of Falcon Heights after a traffic stop. Castile had reportedly been reaching for his permit when the officer opened fire.

The shooting—along with two others—reignited tensions over race in America last week. 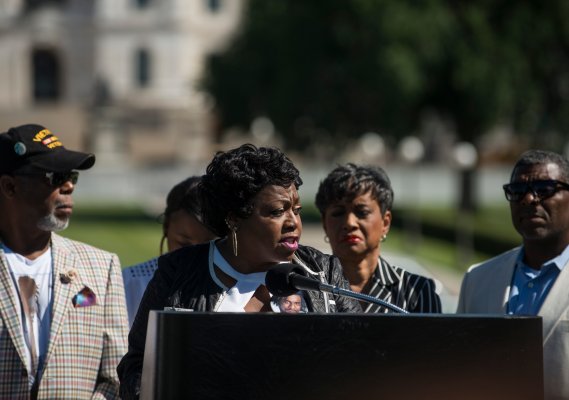 Philando Castile's Family Vows to Sue Over His Death, Lawyer Says
Next Up: Editor's Pick