First, the (very) good news for China. Though economic growth has slowed sharply, fears of a “hard landing” have not been realized. The official forecast of 6.7% growth is surely inflated for political reasons, but reliable ground-level data gives the leadership confidence that the economy is strong enough to withstand needed reforms that will hurt growth in the short term. Nor has President Xi Jinping’s anticorruption drive yet provoked an open revolt among the country’s elite. Though tens of thousands of officials have been expelled from the party or jailed and some of China’s most powerful have been caught in the net, Xi remains firmly in charge.

But longer-term anxieties about China persist. Some of Xi’s reform plans aren’t being carried out, and he has warned party officials that they aren’t taking the country’s economic challenges seriously enough. They continue to direct resources toward inefficient sectors and companies in an effort to artificially boost growth. The anticorruption drive and the planned leadership shift at 2017’s Party Congress encourage officials to avoid taking risks–including those needed for reform. And too often the leadership is shifting blame to the country’s expanded middle class–the very citizens who must power China’s economy forward.

There is also Beijing’s obsession with threats from technology. The head of China’s Internet and surveillance division was suddenly replaced, and there’s a new cybersecurity law that bans online anonymity. There is also a broad redefinition of the country’s “critical information infrastructure” that makes it easier for the state to restrict online access and compromise privacy.

But what China’s leaders don’t see is that the greatest threat posed by technology comes from the power of automation to decimate manufacturing jobs and the state’s inability to control the flow of information in a world of leaks, cyberespionage and other forms of “forced transparency.” Those are the kinds of forces even Xi can’t control.

Most Popular on TIME
1
Dr. Bonnie Castillo on How Nurses Fend for Themselves During COVID-19
2
Hundreds Gathered in Portland for Largely Peaceful Right-Wing Proud Boys Rally and Counter-Protests
3
Everything You Need to Know About Nurse Ratched Before Watching the New Netflix Show 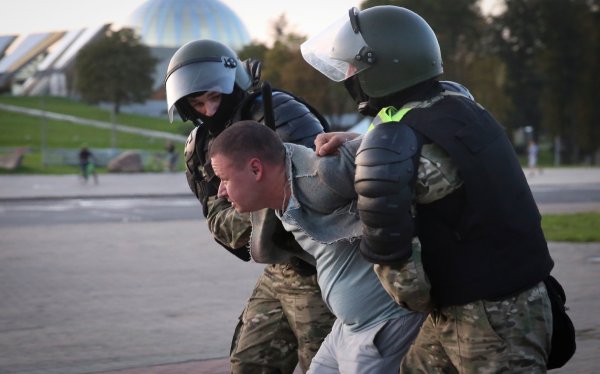