Located in the city of Djenné, Mali, the Great Mosque of Djenné is the largest mud brick building in the world with definite Islamic influences
Jeff Overs—BBC News/Current Affairs/Getty Images
By Casey Quackenbush

An ancient town in central Mali has been added to the UNESCO World Heritage list of endangered sites due to growing insecurity in the country, the U.N. announced Wednesday.

The Old Towns of Djenné include nearly 2,000 pre-Islamic mud houses that have been inhabited since 250 B.C. But the World Heritage Committee said that instability — from Islamist militants groups active in the West African country — is thwarting necessary measures to preserve the site.

“This situation is preventing safeguarding measures from addressing issues that include the deterioration of construction materials in the historic town, urbanization, and the erosion of the archaeological site,” said UNESCO in a statement.

Djenné became a market center and was an important link in the trans-Saharan gold trade during the 15th and 16th centuries. According to UNESCO, it was one of the centers for the propagation of Islam.

“The Malian government is coping with a lot of challenges,” Edmond Moukala, the head of UNESCO World Heritage in Africa told Reuters. “What is needed right now is to ensure that institutions are in place and receive financial support.”

In 2012, a radical Islamist militia known as Ansar Dine destroyed shrines and tombs at the world-famous historic Malian city Timbuktu. And in November, 20 people were killed and more than 100 taken hostage by militants in a hotel siege in the country’s capital Bamako. 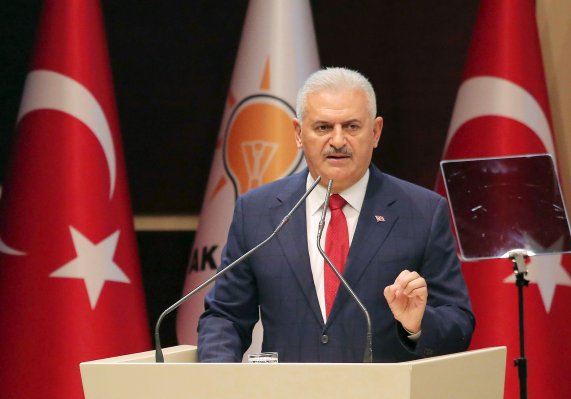 Turkey's PM Hints at Normalizing Ties With Syria
Next Up: Editor's Pick