Donald Trump is seeking $10 million from fired former campaign aide Sam Nunberg for alleged breach of a confidentiality agreement, according to legal documents.

Trump began arbitration proceedings against Nunberg in May, alleging he was involved with leaking word of a reported verbal altercation between now-fired Trump campaign manager Corey Lewandowski and campaign communications aide Hope Hicks. In legal documents, Nunberg fired back calling the allegation baseless, and an attempt to retaliate against the fired aide for his later endorsement of Ted Cruz during the GOP primary. Nunberg’s attorneys filed a request for a stay in the arbitration proceedings in New York Supreme Court. News of the suit was first reported by the Associated Press.

In an affidavit, Nunberg denies having viewed the altercation between the Trump aides, while alleging that the pair were engaged in a romantic relationship. And even so, his attorneys argue, it wouldn’t have been covered by the confidentiality agreement since he was fired by the Trump campaign last August after the surfacing of racist Facebook posts from years prior.

“The Trump Campaign is attempting to bring a frivolous and retaliatory arbitration proceeding against me essentially to punish me and shut me up,” Nunberg states.

Trump has made confidentiality and non-disclosure agreements a regular practice among his top aides, campaign volunteers, and even visitors to his campaign headquarters in New York.

Below are the legal filings from Nunberg’s attorneys. Trump’s attorneys have yet to respond. 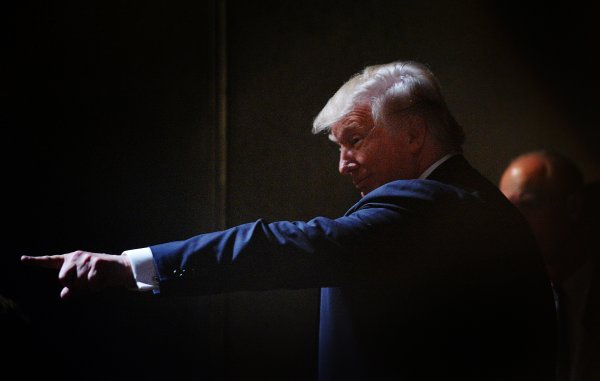