Why Do Millennials Have Kids Before Marriage? Jobs

Single motherhood is growing faster among individuals with a moderate level of education than it is among the very poor or those who have a college degree. And a prominent sociologist thinks he knows why: those are the people who have suffered the biggest loss of job opportunity since the 1980s.

“The big growth in childbearing outside of marriage we’ve seen over the past few decades is not among the poor and it’s certainly not among the college educated,” says Johns Hopkins university sociologist Andrew J. Cherlin. “It’s among people in the middle, the high school educated 20-somethings. Those are the ones who have changed their behavior the most.”

In a new study, Cherlin and his co-authors looked at the life patterns of 9,000 millennials and found that those who lived in the areas with the least access to what he calls middle order jobs — those that do not require a degree but provide a living wage, such as manufacturing — were the most likely to have kids before they got married.

In practice, these were also the areas with the greatest income inequality. So while it’s true that income inequality is changing the way millennials start a family, it’s not because of the increasing gap between rich and poor. It’s because people don’t want to get married if they don’t have a steady income and a stable work situation.

“There’s a hole in the middle of the labor market,” says Cherlin. There are still well-paid jobs for such professionals as teachers and doctors and poorly paid unskilled jobs in the service industry and retail, but a lot less in between. And the people who used to find jobs there, his results suggest, are the ones who are not marrying: “We are seeing the effects of the hourglass economy.”

But while the link between premarital births and middle-order jobs is the newest finding in the study Cherlin and his co-authors David C. Ribar and Suzumi Yasutakea acknowledge that there are two shifts driving the increase in single motherhood among the moderately educated: one is economic, the other is cultural. “The cultural shift is that it’s much more acceptable to have children outside a marriage than it was two generations ago,” he says. “The economic shift is that for moderately educated young adults the opportunities are much more limited than they used to be, especially for young men.”

This analysis reflects something of a detente in the culture wars, which have tussled for a few years over whether relaxing attitudes towards premarital childbearing was pushing people into poverty or whether poverty was pushing people into having children without being married. The answer, suggests Cherlin, in this analysis and his book, Labor’s Love Lost, is that the two are not mutually exclusive.

The study, which will be published in the August issue of the American Sociological Review, used Bureau of Labor Statistics data which tracked 9000 millennials every year from 1997, when they were between 12 and 16 years old, to 2011, when they were in their late 20s to early 30s. In that time, 53% of the women and 41% of the men had had at least one child. Most of those kids, a full 59%, were born to unmarried parents. And most of those parents, in turn, didn’t graduate from college. (College graduates tend to wait until they’re older to get married and until they’re married to have kids. The average age a guy with a degree marries is now 30 and a woman 28. )

Read More: How to Stay Married

The researchers then used census data to cross check the availability of jobs in the county regions these young parents came from. And voila, where there were fewer jobs, there were more premarital births.

But if things are tight, why have kids? In spite of the well-publicized rise of the child-free, Cherlin argues that most millennials actually want kids. “They’re not really willing to go without ever having children,” he says. “They’d prefer to have children in a marriage. But many of them don’t see much chance of a partner who could make a go of a marriage in the long term.”

Many of the couples having kids are co-habiting at the time. But in America, that’s still not as stable as being married. “If we were in Europe that would be fine,” says Cherlin. “But in the U.S. cohabiting couples tend to be very short term.” 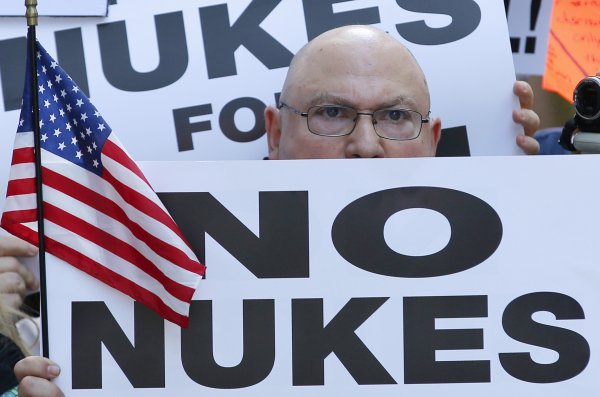 Why Companies Should Not Do Business With Iran
Next Up: Editor's Pick