Carla Hayden made history on Wednesday as the Senate voted to approve her nomination as Librarian of Congress, making her both the first woman and the first African American to hold the post.

Hayden was first nominated by President Obama in February, and the Senate Rules Committee approved her nomination in early June. In recent weeks, advocates for her appointment began to grow restless for the Senate to take action and finally place her in the job, more than a year after her predecessor James Billington announced his resignation.

The Librarian of Congress job was once a lifetime appointment, and Billington had held the title since 1987. But last year Obama signed a law imposing a 10-year term limit, making Hayden the first to serve on a limited term (and only the 14th librarian since its founding in 1800).

Hayden is currently the chief executive of the Enoch Pratt Free Library in Baltimore, where she earned praise for keeping the library open during unrest in the city after the shooting death of Freddie Gray. The library became a community meeting space for people in search of information—and even food—during the protests. She previously served as president of the American Library Association, and earlier in her career she worked in the Chicago Public Library system, where she first met President Obama. She holds a PhD in library science from the University of Chicago.

When Hayden takes up the post, she’ll face challenges in modernizing the library’s technology systems, adapting to the changing copyright landscape and answering questions about the availability of the library’s research reports. For now, she can celebrate the dual historic achievement of becoming the first woman and African American at the helm of America’s library. 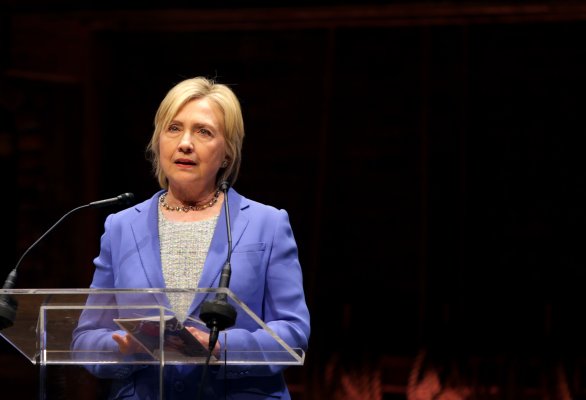 Read Hillary Clinton's Speech on Unity in Divided U.S.
Next Up: Editor's Pick