Police Kill Too Many People—White and Black

In March, something happened in Kentucky that tragically seems, in light of what happened to Alton Sterling and Philando Castile last week, business as usual. Constable Bobby Smith wanted to serve a warrant to Brandon Stanley, who tried to evade him. Smith tracked Stanley down to a convenience store and shot him dead.

Around the same time in Arizona, Daniel Shaver was playfully waving a pellet gun out of a motel window. A police officer detained him, and despite Shaver complying with all of his demands (there is a video) shot him dead. Also around this time in North Dakota, James Scott, allegedly intoxicated, dropped a gun and fled police officers but refused to put his hands up when detained; they shot him dead.

The men in these cases were white, not black, and yet all three were killed by police officers under circumstances that would almost surely have elicited indignant protest nationwide if they were black.

Cases of this kind are dismayingly numerous. Last February, an officer saw Andrew Thomas get into his SUV, suspected he was drunk and gave chase. Thomas’ vehicle rolled over, and the officer shot him in the neck as he was climbing. Thomas died in the hospital. Then in Fresno last month, Dylan Noble, 19, was stopped by police officers, had his hands up, but after reaching into his waist band was shot several times, at one point lifting his arm to say that he had been shot. There is a video; he’s dead now.

I am neither Republican nor conservative, and am not writing this out of some partisan allegiance to right-wing dismissals of Black Lives Matter. The amount of hate mail I get for supporting protests against the cops about black shooting deaths deep-sixes any notion of me as a reactionary. I seek progress on the main obstacle to getting past race in this country: the tensions between black people and the cops, including so many black people’s sense of the police as a racist occupying army.

The heart of the indignation over these murders is a conviction that racist bias plays a decisive part in these encounters. That has seemed plausible to me, and I have recently challenged those who disagree to present a list of white people killed within the past few years under circumstances similar to those that so enrage us in cases such as what happened to Tamir Rice, John Crawford, Walter Scott, Sam Debose and others.

Example go on and on. Last December in Mississippi, officers tried to stop Michael Parker for a moving violation. Parker sped away; during the ensuing chase Parker was shot dead. Last year in January, a Montana officer, suspecting Loren Simpson of car theft, referred to him to his partner as a “little f*cker” of the sort who “go steal cars, they go break into sh*t.” The cops pursued Simpson, and when he tried to turn away from them they shot him dead, even though federal guidelines prohibit firing into moving vehicles. Back one more year, in 2014, the deaths of James Boyd, Alfred Redwine and Mary Hawkes in New Mexico were similar stories; what happened to Pastor Jonathan Ayers in 2009 in Georgia is but one example further back than that. (Ex-Baltimore police officer and criminology professor Peter Moskos’ blog is useful for data of this kind.)

The parallels in these cases with ones we have heard more about are chilling. Shaver’s waving the pellet gun parallels John Crawford, shot and killed two summers ago for playing with a toy BB gun at a Walmart. Dylan Noble’s reaching into his pocket and being killed for it parallels what seems to have happened to Alton Sterling and other black victims. The officer’s depiction of Loren Simpson as one of a menacing “they” recalls George Zimmerman’s “these a**holes, they always get away” in his 911 call about Trayvon Martin.

This list of whites dying at the hands of cops must inform how we go forward in grappling with the issues. Hillary Clinton and President Obama have suggested that the time has come to revive a national conversation on race. Many might reasonably assume that on the topic of the police, the purpose of this conversation will be to inform white America of the role that racist bias plays in these lethal encounters. However, might we open up to the possibility that the conversation will also include black people learning that racist bias may play much less of a role in these cases than one might think?

A common response will be that cops kill more black people proportionately than whites. According to a survey by the Washington Post, whites are 62% of the population but were roughly half of those killed by cops since January 2015, while blacks are 13% of the population but were about a quarter of those killed. However, this isn’t the slam dunk dismissal it may seem.

For example, from the 1970s through the 1990s, claims that too many black people were on welfare were often dismissed on the basis that more whites were numerically—despite that more black people were proportionally. Moreover, many would argue that disproportionate poverty levels among black people render them more likely to encounter police officers in the first place—vastly unfair, but different from the problem being simply cops’ standing racist bias.

In any case, I’m not sure statistics of this kind are what truly undergird the hurt we feel in these times. When a black man is killed by a cop, do we grieve more because there are 46 million of us as opposed to 198 million whites? I doubt it: most Americans never hear about the white men’s deaths at all.

Rather, we operate according to a meme under which cops casually kill black men under circumstances in which white men are apparently let off with a hand slap—and occasional cases of just that are what often get around social media, suggesting that they are the norm. That meme is quite understandable given the existence of racism in America. However, in 2016 that meme is vastly oversimplified.

Controversy will continue, such as over whether race affects how likely officers are to be exonerated for killings of this kind. However, at the end of the day any intelligent engagement with these issues must keep front and center that there was a Daniel Shaver for John Crawford, a Michael Parker for Walter Scott, a James Scott for Laquan McDonald. Economist Roland Fryer’s conclusions, stunning even to him, that cops use more force against black people but do not kill them more than they kill whites is perhaps less perplexing than it seems.

It can be hard to adjust the narratives we process life through, especially when the past and even present justify that narrative in so many ways. However, on black people and the cops, the stakes are grievously high. Our conversation must be based on facts, and the facts in 2016 are different than they once were. We can all agree that the police kill too many innocent people, but at this point, we can disagree—as eminently reasonable minds—that the cops kill out of bigotry. 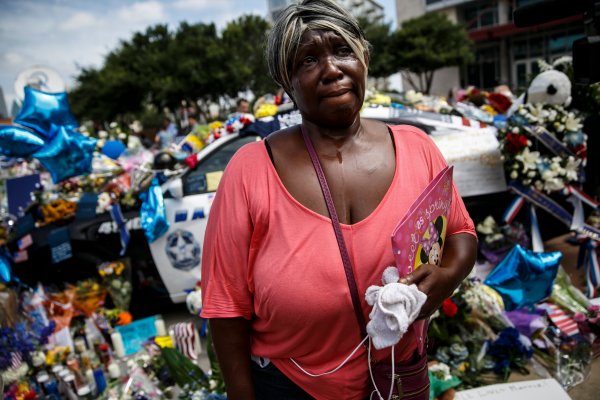 Police Forces Belong to the People
Next Up: Editor's Pick