Why You Should Fear an "Ecological Recession"

Human efforts to slow biodiversity loss are falling short across the globe, which could in turn harm future human development and wellbeing, according to new research.

Researchers behind study, published in the journal Science, found that human-caused pressures like land use change—the destruction of natural habitats often for timber, agriculture or residential developments—have cause biodiversity to fall to unsustainable levels more than half of the world’s surface. On average, human activity has driven away 15% of species that would have been present otherwise in locations across the globe, according to the study.

“Decision-makers worry a lot about economic recessions,” said author Andy Purvis, a professor at the Natural History Museum in London in a press release. “But an ecological recession could have even worse consequences—and the biodiversity damage we’ve had means we’re at risk of that happening.”

Determining exactly what level of biodiversity loss can be sustained without damaging human wellbeing is a difficult challenge. Previous research has suggested that a decline of more than 10% in the number of species in a certain area could be a dangerous threshold, but even that study notes that the figure is far from certain.

Healthy biodiversity plays a crucial role in a number of functions that support human life, including pollination and pest control, both of which support agriculture. Other vulnerable species—like some types of trees and plants—suck up carbon dioxide that would otherwise contribute to climate change.

“It is a tricky problem to say how much biodiversity loss is too much,” says Tom Oliver, an associate professor in landscape ecology, in an opinion piece accompanying the study. “However, we can be certain that inaction commits us to a future with substantial costs to human well-being.”

Read More: How Drought and Extreme Heat Are Killing the World’s Crops

Researchers looked at nearly 2.2 million records on 39,000 species around the globe, making the study the most detailed work evaluating how land change affects biodiversity. Locations inhabited by humans tend to be the most vulnerable to declines in biodiversity, according to the study.

A number of initiatives are underway to address biodiversity loss, including the 1993 Convention on Biological Diversity, an international treaty that establishes a framework for dealing with the issue. But, with biodiversity showing no signs of slowing—and other phenomena like climate change worsening the problem—change may not come soon enough. 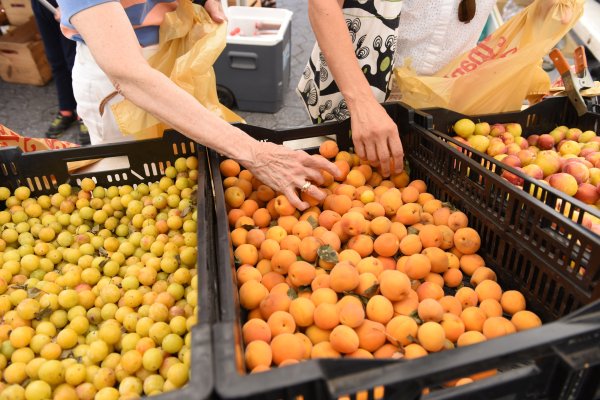