An attendee tries the Vive virtual reality experience on the HTC Corp. stand at the Mobile World Congress in Barcelona, Spain, on Monday, Feb. 22, 2016.
Bloomberg—Bloomberg via Getty Images
By Lisa Eadicicco

I reached over my shoulder to grab an arrow, nestled it in my bow, pulled back, and hoped for the best. When I released my grip, an arrow engulfed in flames pierced a wooden target in front of me, leaving a trail of billowing flames in its wake.

This is just one of the experiences HTC Vive owners can try with Nvidia’s VR Funhouse, available free of charge beginning Thursday. It’s the first virtual reality (VR) game from Nvidia, best known for its graphics cards and developer tools rather than consumer-facing apps.

VR Funhouse is a collection of carnival-themed mini games that range from popping confetti-filled balloons with swords to a new take on Whack-a-Mole. Initially created as a demo, Nvidia is opening the game to developers so that they can modify different parts of it.

Mini games that use the Vive’s motion controllers in creative ways already exist — The Lab is a particularly good example. But what makes VR Funhouse especially engaging is the close attention Nvidia has paid to detail. Slamming a mallet down onto the table in front of me prompted the Vive’s motion controllers to buzz, providing tactile feedback as if I had actually hammered the surface in real life. When I lifted a sword to my face to examine it, the blade gleamed just like real metal.

The way objects and materials behave in VR Funhouse is impressively realistic. I could tousle the hair on the puppets in Whack-a-Mole, which glistened in the light just as hair would in reality. When I pointed my spray gun toward the sky and pressed the trigger, water droplets rained down.

These effects are made possible thanks to Nvidia’s VRWorks technology, along with a slew of other PC game development tools Nvidia has optimized for VR. Nvidia’s Flow library, for example, is the reason fire behaves realistically in VR Funhouse, while the company’s PhysX engine makes it so that balloons can freely waft through the air .

Games like VR Funhouse provide a glimpse at how the experience on high-end VR headsets like the Vive differs from using more affordable devices, like the Samsung Gear VR. Cheaper VR headsets, which are powered by smartphones, can provide a basic experience, but the handsets’ less powerful processors limit their performance.

Nvidia’s new demo is also a sign that the video game industry is putting effort into improving the performance of VR games, even if the market for them remains small compared to traditional titles. What remains to be seen is whether VR gaming will evolve beyond the mostly casual and novelty games we’ve seen so far, just as today’s PC and console titles offer rich gameplay and storytelling compared to their predecessors. 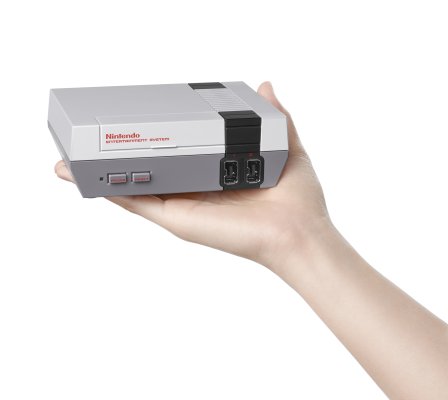 Nintendo Is Doing Something Old-School Fans Will Love
Next Up: Editor's Pick