In the more than four decades since a human first walked on the moon on July 20, 1969, hundreds of stories have been written about the lead up to the Apollo 11 mission, the achievement itself and its aftermath. On the anniversary of that monumental step, here are a few stories from TIME’s archives that put that history into perspective:

Go Back to the Beginning In 1958, the year that NASA was established, TIME took a look at how “disturbingly hard” it would be to get to the moon. That the goal was achieved barely more than a decade later underlines the scale of the Apollo 11 achievement.

Understand the Hurdles President Kennedy’s May 1961 “Moon Shot” speech is often seen as an unofficial start of a serious drive toward putting an American on the moon, even though the project had already been underway for years at that point. Seeing the underwhelming reaction the speech received when it was given can put into perspective the degree to which the Apollo 11 landing was far from inevitable. “Last week’s speech, while coolly received by Congress, had in it the possibilities for positive national progress,” TIME noted. “Urging more monies for military programs, foreign aid and civil defense… the President was on the right track. But it seemed odd that he should confuse those aims by giving top priority to landing a man on the moon.”

Get Ready for Lift-Off A key part of the special moon section in the July 18, 1969, issue of TIME—which is worth reading in its entirety if you have the chance—was the illustration, in easy-to-understand graphics, of the science behind the planned Apollo 11 flight path.

Experience the Initial Reaction There’s no better way to get a glimpse of the elation felt immediately after the landing’s success than by reading the evocative essay that led TIME’s coverage of the news the week after the landing actually took place (the issue with the cover seen above). The Apollo 11 mission was, the magazine noted in the unbylined piece, “a shining reaffirmation of the optimistic premise that whatever man imagines he can bring to pass.”

Read LIFE’s Complete Special Issue: Here, click through the entirety of the Aug. 11, 1969, issue of LIFE. It’s a photographic journey to the moon, and also into the lives of the astronauts and their families.

Watch How It Happened: On the 40th anniversary of the landing, in 2009, TIME put together an extensive look back at the mission. This short video about the missions that made the moon landing possible, which is just one part of the whole package, is still worth watching. (You can also see the story told in GIFs.) 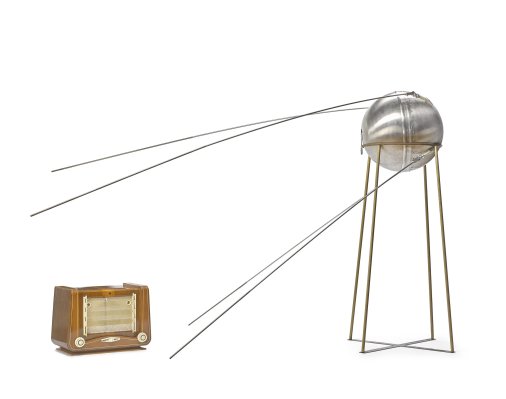 Rare Space Artifacts on the Auction Block on Anniversary of Moon Landing
Next Up: Editor's Pick