Just a year ago, actor Rami Malek was a relative unknown. But the breakout star of USA’s Mr. Robot — which has its second season premiere Tuesday night — is quickly becoming a critical favorite.

And there’s this. Did you know that Malek and Iron Man star Robert Downey Jr. are actually best buds?

In an interview with Interview magazine, Downey Jr. has the chance to catch up with his pal Malek. And it turns out that the two intense actors are definitely not strangers.

“You turned me into a hero when you came to set,” Malek says about a recent visit Downey Jr. made to see Malek film Mr. Robot. “I’m not kidding. They were like, ‘You know him?’ ‘How do you know him?’ I knew it was very cool to know you, but the world started paying me more attention on that day on set.”

And it’s not just for show: “I just told them how close we were and that we hang out, we celebrate holidays together, we watch movies together, all of which is true!” Malek elaborates on the guys’ relationship. They even discuss their working styles and the number of takes it requires to get a scene down; Downey Jr. suggested that a movie comprised “entirely of cleaned up first takes” could be “extraordinary.”

“That is not a bad idea. That’s the film we do together!” Malek says of the experimental approach. Fingers crossed we’ll get to see these guys work their magic together sometime soon.

And maybe it shouldn’t come as such a surprise that they’re friends: both are known for playing somewhat neurotic, tech-savvy savants with an interest in dominating (or saving) the world… although their characters do tend to approach capitalism from different angles. 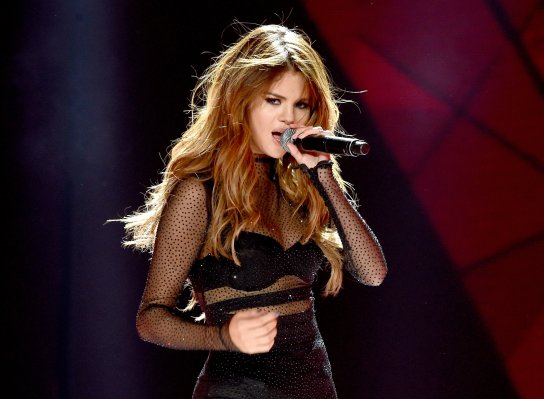 Selena Gomez, Queen of Instagram, Now Has the App's Most-Liked Photo
Next Up: Editor's Pick