Former NBA player and commentator Charles Barkley looks on prior to the 2016 NCAA Men's Final Four National Championship game between the Villanova Wildcats and the North Carolina Tar Heels at NRG Stadium on April 4, 2016 in Houston, Texas.
Scott Halleran—Getty Images
By Melissa Chan

Charles Barkley on Tuesday weighed in on inflamed racial tensions across the country after the fatal police shootings of black men, saying black people are also to blame and have to “do better.”

The former NBA player and current analyst for Turner Sports, who has taken provocative stances on race previously, said in a telephone interview on the Dan Le Batard Show with Stugotz that while some police officers have “made some mistakes,” black people who commit crimes and “kill each other” are also part of the problem.

Barkley said he respects and admires what police officers do. He said there is “some reason why there’s racial stereotypes” and added that “some of these black people out there are committing crimes.”

“Let’s don’t sit there and act like all our hands are clean,” Barkley said. “We never get mad when black people kill each other, which that always has bothered me. I’ve always said we as black people, if you want respect, you’ve got to give each other respect. You can’t demand respect from white people and the cops if we don’t respect each other.” 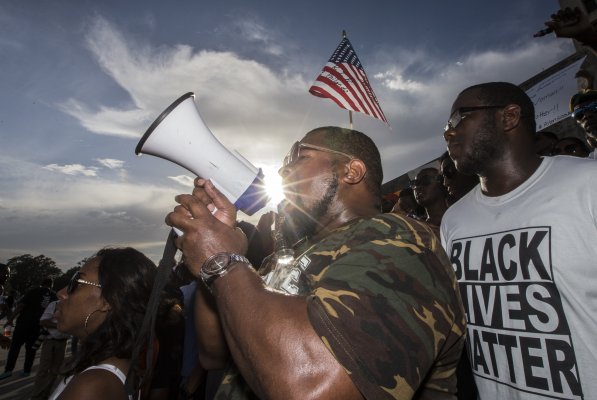 CAIR Official: Reckless Leaders Are Fueling Racial Balkanization of the U.S.
Next Up: Editor's Pick