Why Companies Should Not Do Business With Iran

A man holds up a sign as he and several thousand other protestors demonstrate during a rally apposing the nuclear deal with Iran in Times Square in the Manhattan borough of New York City on July 22, 2015.
Mike Segar—REUTERS
Ideas

When Tehran reopened for global business after sanctions lifted one year ago, investors scrambled to be first into the last major frontier market opening to the outside world. A top British trade official described it as the “biggest emerging market since the collapse of the Soviet Union”—offering access to a young and educated population, vast oil-and-gas reserves, and industries with huge, untapped potential. Iran capitalized on the excitement by orchestrating a global roadshow to lure would-be investors, hosting a flurry of trade delegations and dispatching its foreign minister to business conferences and other events.

But executives and shareholders at international firms tempted by Iran’s sales pitch should stop the flow of investment money—or risk their brand and business.

Our organization has tracked business pursuits worldwide in Iran, convinced major multinational corporations to divest, seen the moneyed interest and the regret, and seen the smart skepticism as well.

In late May, Finnish President Sauli Niinisto played host to Iran’s foreign minister and a group of Iranian business leaders. But Iran’s sordid history loomed large: last year, pictures emerged online of cranes linked to a Helsinki-based company, Cargotec, that were used in two public executions of Iranian prisoners—instantly making the company a symbol of the regime’s brutal tactics against its own citizens.

The visit underscored the kind of brand damage that foreign companies face. But the risks go much further: If the hardliners take back control, or Iran swerves away from its commitments under the Joint Comprehensive Plan of Action, it could trigger automatic “snapback” sanctions that would expose investors to immediate and heavy losses.

Given Iran’s long record of cheating on its international nuclear obligations, and President Obama’s recent warning about the regime “engaging in a range of provocative actions,” the prospects that the deal could unravel are more real than theoretical. In the year since the signing of the Iran Deal, Tehran has ramped up its support for Islamic Jihad, Hamas and Hezbollah; has tested multiple ballistic missiles in defiance of U.N. Resolution 2231; has imprisoned a least three dual nationals on trumped-up charges of espionage; and has doubled down in its meddling in multiple regional battle theaters, including Iraq, Syria and Yemen, to name a few. As a result, foreign businesses operating in Iran confront an uncertain and fluid legal environment for their Iranian operations that will remain unless and until Iran demonstrates long-term and sustained compliance with its obligations.

According to the U.S. Treasury Department, the IRGC is Iran’s “most powerful economic actor,” controlling at least one-sixth of the country’s gross domestic product. The group built its economic clout during the years sanctions kept the outside world at bay, tightening its grip on the energy, civil engineering, manufacturing and communications sectors. It operates through a complex web of front companies that mask its involvement.

The result: an international firm could unwittingly lend its support to terrorist activities through transactions with the IRGC, the Quds Force or one of its front companies—triggering costly penalties, fines and other sanctions under U.S. law. Consider Hezbollah Chief Hassan Nasrallah’s recent comment that “we are open about the fact that Hezbollah’s budget, its income, its expenses, everything it eats and drinks, its weapons and rockets, are from the Islamic Republic of Iran.” The acting Treasury undersecretary for terrorism and financial intelligence said in a December 2015 speech that his department will aggressively prosecute companies that do business with the IRGC.

Any international company doing business in Iran could find themselves entangled. Take Fiat Chrysler Automobiles, the Italian multinational conglomerate. Reports indicate that Iran’s largest domestic car manufacturer, Iran Khodro, and Fiat may form a joint company, with cars to be produced in Iran and “deployed to regional countries.” Iran Khodro is known to have ties to the IRGC. Its main shareholder—Iran’s Industrial Development and Renovation Organization (IDRO)—already faces sanctions under Executive Order 13599, and its board has been stacked in the past with some of the IRGC’s senior brass, such as General Rostam Qasemi, the former head of the Guards’ construction conglomerate and one-time oil minister.

While many investors remain on the sidelines—the gold rush of deals that observers expected has not arrived yet—the latest indication that Iran’s marketing campaign might be paying off came last month when Boeing announced what could become the country’s biggest deal since sanctions were lifted. But it still faces major hurdles: Negotiators must make sure they don’t run afoul of the U.S. government, and financial giants like HSBC, Société Générale and Lloyds Bank have announced that they have no intention to facilitate transactions involving Iran.

So, while Iranian Foreign Minister Javad Zarif recently proclaimed that Iran is a “stable, safe and healthy environment for our citizens and for those visiting and doing business with us,” the facts suggest otherwise. The world’s companies still face complex, real and profound risks in doing business with Iran. 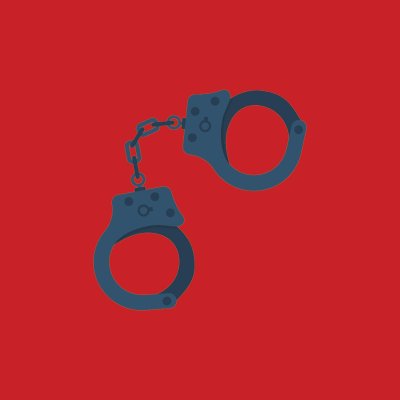 The GOP Can Lead on Criminal Justice Reform
Next Up: Editor's Pick