The good folk of Papua New Guinea and Guinea Bissau are on China’s side. So are the Syrians, the Venezuelans and the Cameroonians. As Beijing dealt with the full force of an international tribunal’s overwhelming rejection of China’s claims to the South China Sea, Chinese state media marshaled everyone from Croatian and Serbian analysts to Russian and Angolan commentators to condemn the July 12 ruling in a case brought by the Philippines as “null and void.”

On Wednesday, a front-page map in the China Daily, the official English-language newspaper, depicted more than 70 nations who shared “wide support” for Beijing’s perspective on the South China Sea. (Some of the countries on the pro-China map, like India and Malaysia, might be surprised by their inclusion.) “Just several countries, mainly the United States and its close allies,” claimed the paper, “have publicly supported the Philippines and called for observing the ruling as legally binding.”

The judgment by the Permanent Court of Arbitration (PCA) in The Hague is, in fact, legally binding, since China signed an international convention acceding to its authority. The final award cannot be appealed. And more than “just several countries” have urged Beijing to heed the court’s message. Still, the tribunal’s ruling is not enforceable and other powers, like the U.S., have ignored the PCA before. Ultimately, no arbitration panel has the power to erase from the map the military outposts that China has built over the past couple years on what were once, at most, chunks of reef poking out of the South China Sea. “With military activity reaching unprecedented levels in the South China Sea,” went a Wednesday commentary in the China Daily, “there is no guarantee that an escalating war of words will not transform into something more.” On Wednesday, China’s Vice Foreign Minister Liu Zhenmin said that the country, if threatened, had the right to set up a so-called air-defense-identification zone over the contested South China Sea, which would, in theory, require foreign aircraft to alert Chinese authorities to their movements through that airspace.

Xinhua, China’s state newswire, resorted to animation to dismiss the PCA’s authority. In one comic strip, the five-member tribunal was symbolized by a fox, the Philippines by a diminutive primate and China by a cuddly panda. “We’ve been sailing and fishing the South China Sea before Jesus Christ was born,” explains the panda, voicing the view of China’s atheist Chinese Communist Party. In another drawing, a big-nosed Uncle Sam maneuvered a puppet of former Philippine President Benigno Aquino III, under whose administration Manila initiated its arbitration case against China in 2013, while a leering Japanese slinks in the background. “Confused about the so-called South China Sea arbitration?” asked a Xinhua tweet. “Comics may explain why it is a farce.”

China’s Foreign Minister Wang Yi echoed the theme, calling the judicial decision a “political farce under the pretext of law.” The nation’s President Xi Jinping noted, in a state media paraphrasing of his words, that “China will not accept nor recognize the decision, while the country’s territorial sovereignty and maritime interests in the South China Sea will not be affected under any circumstance.” Xi has made a national rejuvenation of the Chinese people a slogan of his tenure, assuming personal responsibility for lifting China up from a long period of humiliation by foreign powers.

Attacks on the tribunal’s legitimacy continued on Wednesday. Chinese Vice Foreign Minister Liu wondered why the arbitration panel included no Asians — although state media earlier had decried the fact that a Japanese, clearly an Asian, had appointed some of the arbitrators because China had boycotted the entire proceedings and declined to choose panel members itself. (Japan, a wartime foe of China, is also embroiled in a maritime dispute with Beijing in another body of water.) “The arbitral tribunal acts as a lackey of some outside forces,” said a Wednesday commentary in the Chinese Communist Party mouthpiece, the People’s Daily. “They will be remembered as a laughing stock in human history.” A nearly 14,000-word white paper that China issued in the wake of the July 12 PCA award dismissed the Philippines for having “concocted a pack of lies.”

Still, big cities like Beijing and Shanghai did not erupt in a frenzy of street anger. Police patrolled the quiet road in front of the Philippine embassy in Beijing, presumably to ward off any incipient rallies. No demonstrators were bussed in or provided with identical protest signs, as has happened with previous bouts of nationalist fervor against the U.S. and Japan. On online platforms, Chinese censors removed jingoistic commentary urging Beijing to defend its South China Sea position by force, according to Freeweibo.com, a censorship-monitoring website. A war of words, it seems, may be enough for now. 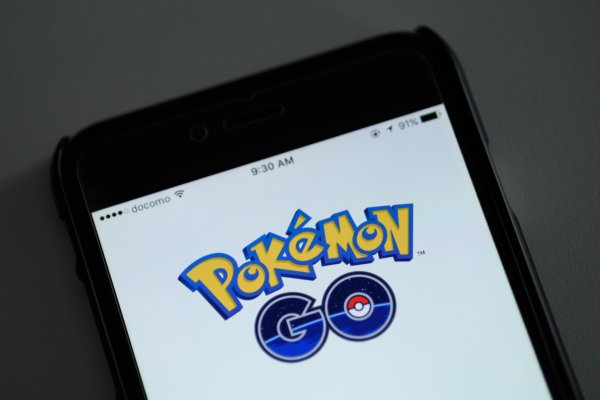 China's Gamers Upset to Be Left Out of Pokémon Go
Next Up: Editor's Pick