The town hall of Boscotrecase, a town at the foot of Mount Vesuvius with a population of about 11,000, is likely shutting down due to a lack of staff after police arrested about half of the municipal employees for skipping work.

“I’ll probably have to shut down the town hall,” Mayor Pietro Carotenuto told the Sky Italia TV station, according to Reuters. Four major departments in the town, which lies on the outskirts of Naples, were reportedly closed on Tuesday, with many staff — including the head of the local traffic police and the head of the accounting department — suspended for at least six months after they were caught playing truant.

Reuters reports that police arrested 23 town hall staff on Tuesday after an investigation that found 200 cases of fraudulent absenteeism, including cases where employees clocked in using multiple swipe cards on behalf of absent colleagues. Security footage showed one employee putting a cardboard box over his head to hide his identity before swiping two cards. 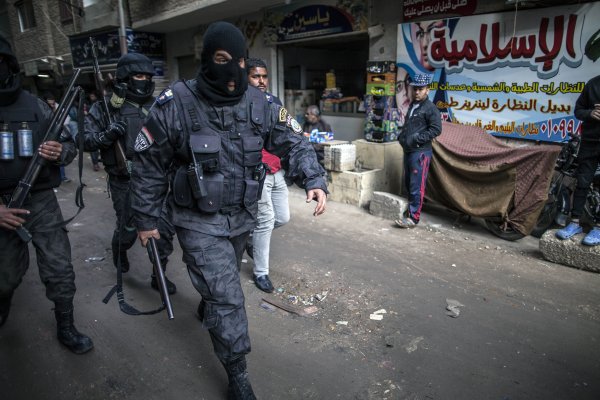 Hundreds Disappeared by Egyptian Security: Report
Next Up: Editor's Pick