Donald Trump pauses while speaking during a campaign event on veterans reform in Virginia on July 11, 2016.
Bloomberg—Bloomberg via Getty Images
By Melissa Chan

Donald Trump has declined an invitation to speak at the upcoming NAACP Annual Convention in Ohio, the leader of the civil rights group said Tuesday. Both Trump and Democratic presidential hopeful Hillary Clinton were invited.

NAACP President Cornell William Brooks told CNN on Tuesday that the presumptive GOP presidential nominee will not be present at this weekend’s event due to an apparent scheduling conflict. Instead, Clinton will attend and give a speech.

“Mr. Trump has declined our invitation, so we will hear from Sec. Clinton,” Brooks said. “Namely, the explanation given was that (the Republicans) are holding their convention at the same time. We are, of course, in Cincinnati, they are in Cleveland. We were hoping he would make the short trip from Cleveland to Cincinnati.”

Trump’s campaign did not immediately respond to a request for comment Tuesday.

Brooks told CNN it was a missed opportunity for Trump to “speak to the nation’s most critical issues at a critical hour in this country.” 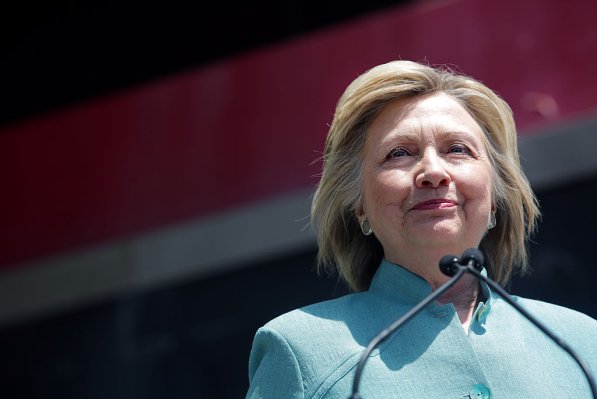 New Poll Shows Hillary Clinton With a 13-Point Lead Over Donald Trump
Next Up: Editor's Pick