The $199 Nest Cam Outdoor, available for preorder immediately and on sale this fall, comes after founder and former CEO Tony Fadell left the company in June. Nest, which is owned by Google parent company Alphabet, says it has seen significant demand for an outdoor product, with 30% of users pointing their indoor cameras outside.

The Nest Cam Outdoor’s camera and power adapter are weatherproof, helping to protect against the elements. While other outdoor surveillance cameras can withstand adverse weather, Nest claims its device is one of few that include a similarly resilient adapter.

Like competing devices, Nest’s new product includes night vision capabilities and comes with a built-in microphone and speaker. The company said it has improved the quality of its camera’s night vision by making sure the Cam Outdoor’s LEDs were placed to distribute light evenly. In a demo of the product, most of the environment captured in the camera’s feed was clearly visible in night mode.

The Nest Cam Outdoor captures footage in high-definition 1080p resolution. Owners can also choose to receive smartphone alerts that notify them when the camera spots a potential threat through a new feature called Person Alerts. The camera’s software can tell the difference between people and other subjects, like animals, to reduce false alarms. Nest says the new camera should be able to recognize people within a 15 to 20 foot distance so long as its view isn’t obstructed.

Person Alerts will work with Nest’s indoor and outdoor cameras as well as Dropcam models when the Cam Outdoor ships this fall (Google and Nest acquired Dropcam for $555 million in 2014). To use Person Alerts, Nest owners will need to sign up for a Nest Aware subscription, which costs $10 for a 10-day subscription or $30 for 30 days. The subscription is necessary for viewing older video and saving clips as well. The pricing structure can be ideal for those who just want to review footage when they’re out of town and are content with just viewing a live feed otherwise. Without a subscription, Nest Cam owners can view a live feed showing what the camera is seeing and will get alerts when motion or sound is detected.

When Nest launched its indoor camera last year, some reviewers criticized it for its lack of onboard storage and because owners could only receive movement notifications once every 30 minutes. The latter of those concerns will be addressed later this year when the Person Alerts system launches, which eliminates such limitations. But the company says it doesn’t include local storage on its devices in order to prevent burglars from obtaining footage should they steal the camera.

An update for Nest’s app, which can be used to control and monitor devices like the new Outdoor Cam, is also coming later this month. The app refresh will bring a feature called Spaces, which lets users view their Nest devices by location. A new Private Sharing mode lets owners share a password-protected link to a camera’s feed with others. 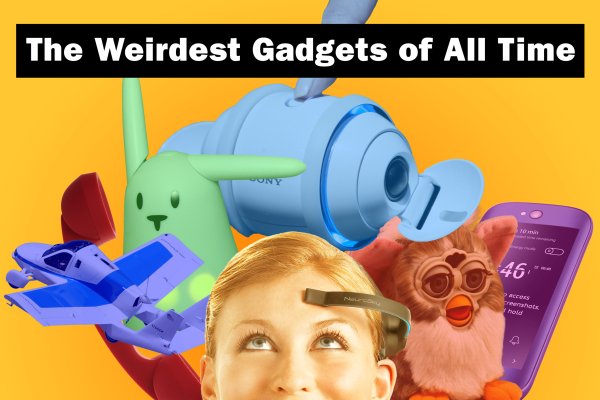 The 25 Weirdest Gadgets of All Time
Next Up: Editor's Pick