After handing his letter of resignation to Queen Elizabeth, David Cameron will formally end his six year stint as the Prime Minister of the U.K. on Wednesday afternoon. With it, he leaves a legacy that will forever be overshadowed (some say ruined) by Britain’s vote to leave the E.U. on June 23.

Yet Cameron’s time in power has seen him embark on a series of risky gambles, progressive reforms and failures. Here are six of those moments:

In 2006, the Conservative Party was associated with privatization of public services, cuts to social expenditure and social conservatism—incoming Prime Minister Theresa May said it was perceived as the “nasty party.” One of David Cameron’s achievements was to make the party appear more compassionate. He began this process with a 2006 speech dubbed ‘Hug a Hoodie,’ that called for more empathy for young criminals, which differed from the traditional Conservative tough stance on crime. This change in approach helped the Conservative Party win the 2010 general election, breaking the Labour Party’s 13-year hold on government. Speaking at the 2012 Conservative Party conference, Cameron said his mission as leader was to show “the Conservative party is for everyone: North or South, black or white, straight or gay. But above all – to show that Conservative methods are not just the way we grow a strong economy, but the way we build a big society…Because it’s not enough to know our ideas are right – we’ve got to explain why they are compassionate too.”

Cameron’s decision to forge ahead with same-sex marriage legislation was met with strong opposition from religious groups and within his own party, where the majority of Conservative MPs voted against the act in Parliament. Cameron support of same-sex marriage was laid out in 2011, when he said: “I don’t support gay marriage in spite of being a Conservative. I support gay marriage because I am a Conservative.” The Marriage (Same-Sex Couples) Act passed in 2013 and came into effect in 2014. During his resignation speech on June 24, Cameron said that “enabling those who love each other to get married whatever their sexuality” was one of his greatest achievements.

Britain joined the NATO-led coalition against then-Libyan leader Muammar Gaddafi in 2011. Speaking outside 10 Downing Street in March 2011, Cameron argued that intervention was “right because we believe we should not stand aside while this dictator murders his own people.” But, when the fighting ended after the death of Gaddafi in Oct. 2011 a vacuum was left in his place and Cameron and allies to did little to fill the void. Libya has been immersed in civil war ever since and U.S. President Barack Obama blamed Cameron. Speaking to the Atlantic, Obama said Cameron was not “invested” in rebuilding Libya, but was instead “distracted by a range of other things.”

Cameron led a cross-party coalition and a star-studded cast, which included J.K. Rowling and President Obama to persuade Scotland to stay in the U.K. After being criticised for not making an “emotional case for the U.K.,” Cameron made a last ditch attempt in Aberdeen on Sept. 15, 2014, two days before the Scots went to the polls saying: “If you don’t like me, I won’t be here forever. If you don’t like this government, it won’t last forever. But if you leave the U.K., that will be forever.” His gamble paid off.

Cameron is credited by some for reviving the British economy, which struggled after the 2008 global financial crisis. The Bank of England continued a loose monetary policy while Cameron and his Treasury Minister, George Osbourne, cut spending, which saw Britain’s budget deficit fall from 10.8% of GDP in 2009 to 4.4% in 2015. Supporters argue that Cameron created 2 million new private sector jobs, which offset the loss of public sector jobs. Speaking to the BBC in 2015, Cameron spoke of his government’s successes: “Over the last five years we’ve created a thousand jobs a day, and we commit to continuing that record because we’re going to continue supporting business and industry.” However, critics say many of these jobs were insecure and low paid, while government spending cuts hurt the most vulnerable.

Cameron’s biggest failure was British voters’ decision to leave the E.U. In an attempt to heal internal party division over the E.U., Cameron pledged in 2013 to renegotiate Britain’s relationship with the E.U. with an in/out referendum. “It is time for the British people to have their say. It is time to settle this European question in British politics. I say to the British people: this will be your decision” said Cameron at a 2013 speech. Cameron argued for Britain to stay in the E.U. but he was unable to persuade enough British voters to agree with him. 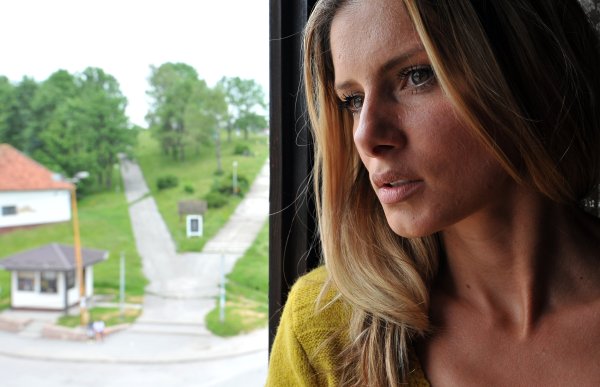