USA Network Pulls Shooter—But Would It Ever Have Been Appropriate?

For the umpteenth time in recent months, a network has held a TV episode because of its uncomfortable resonance with recent events. Following the delay of USA’s Mr. Robot season 1 finale (which depicted a fatal shooting on live TV, similar to the one on a Virginia local news station) and TNT’s The Last Ship season premiere (which depicted a nightclub shooting, similar to the one in Orlando), USA has pushed back the airing of its new drama Shooter. The series, meant to begin its run on July 19, is now to launch July 26, in the aftermath of a sniper’s assault on police officers in Dallas on July 7.

It’s an understandable choice, perhaps the only choice, given the nature of the series, which follows Ryan Phillippe’s master sniper character through many violent days. The character, who was previously seen played by Mark Wahlberg in the 2007 film of the same name, is a marksman of incredible skill, so much so that he’s a credible figure to frame for the assassination of a foreign head of state. It’s in Shooter‘s glorification of Phillippe’s skills with a sniper rifle—the character is named Bob Lee Swagger, his first two names a tribute to an imagined ultra-American-ness and the last one a dose of virility—that one questions when, exactly, USA thought the show would be in good taste.

Indeed, the show opens with Phillippe, in voiceover, describing the nature of a “killshot”: “Like a marionette with the strings cut, you’re dead before you can process what happened.” This fairly gruesome language is illuminated with still photographs of the killings of Martin Luther King, Jr.; Jack Ruby; and students at Kent State. Later on in the show’s premiere, a character visits Swagger at home and sees his mighty arsenal of guns, excessive by any reasonable standard for a private citizen. “I see you’re still a bleeding-heart liberal,” the character, played by Omar Epps, jokes. “Never know when shit’s gonna get weird,” Phillippe replies. The perspective that anything other than a life in which citizens arm to the teeth to protect themselves from insurrection is even possible, let alone desirable, is dealt with only as a joke. Of course, Phillippe is proven right, as he’s at the center of a government conspiracy meant to silence him—but, as a former Marine, he can outrun and outshoot.

Using imagery of real-life gun violence tragedies in order to tell a story of one man’s laudable genius at violence does feel unusually difficult to take at the present moment. But would it ever have been a story worth telling? I’d draw a line between the sort of delay imposed upon Mr. Robot last year and Shooter. In the case of Mr. Robot, guns were incidental to the story point: The character who shot himself on TV did so to carry across a meaningful sense inherent in the story, that society was rapidly descending into wild chaos. That it rhymed with current events was only accidentally. Though subsequent episodes of Shooter devolve into dull chase scenes, the show starts with not just an outright endorsement of extraordinary home arsenals but the implication that they’re the only way to protect oneself from a rapacious world. Even American Sniper had more moral ambiguity—far more, in fact—than does this simple celebration of Swagger’s talents.

Paranoia in art is often a meaningful way to address the times—think of all the films of the Nixon and post-Nixon era that, directly or indirectly, evoked fears of surveillance and government overreach. But those argued towards a real point about society. Shooter just exploits fears as old as the Kennedy assassination and as current as the latest reported tragedy to spin its wheels forward. Delaying Shooter in light of a tragic shooting will allow viewers a week’s worth of distance from a tragic event that’s particularly congruent with the show’s events. USA is hoping that the Dallas assault will be forgotten in a week—but events just like that one provide the backdrop for Shooter‘s conspiratorial, wild-eyed, bullet-happy tone, and feel, once one’s actually watched the show, silly. The show uses an nervous national mood, and of entrenched arguments in favor of ownership of massive artillery, to generate its cheap thrills. If USA’s committed to airing the show at all, why pretend otherwise? 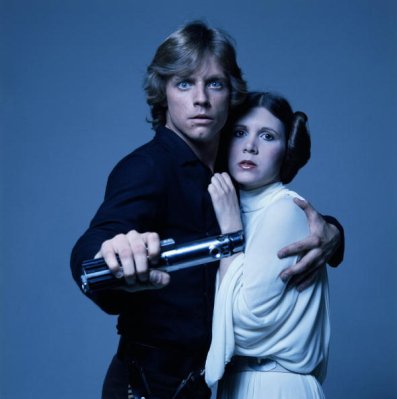 Here's Proof That Princess Leia Can Use the Force in Star Wars
Next Up: Editor's Pick