Ruth Bader Ginsburg Doubles Down on Donald Trump Criticism: 'He is a Faker'

“He has no consistency about him,” Ginsburg told CNN. “He says whatever comes into his head at the moment. He really has an ego. … How has he gotten away with not turning over his tax returns? The press seems to be very gentle with him on that.”

A Trump spokeswoman told CNN Trump’s tax returns are being audited and will be released when that process is complete.

Ginsburg has made no secret of her contempt for the GOP nominee. Last week, she said, “It’s likely that the next president, whoever she will be, will have a few appointments to make,” hinting at her preference for Hillary Clinton. On Sunday, Ginsburg said, “I can’t imagine what our country would be — with Donald Trump as president.”

The 77-year-old Bill Clinton appointee has long been outspoken on a variety of political subjects, though she has been criticized by court-watchers for her statements on Trump, which could open her to complaints of bias if he were elected. Ginsburg openly criticized attempts to limit access to abortions and the Senate blocking Obama’s appointment of Merrick Garland to replace Antonin Scalia on the Supreme Court. 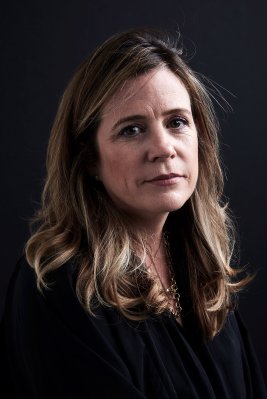 Seeing the Complexity in Both Sides of the Abortion Debate
Next Up: Editor's Pick