Presumptive Republican nominee Donald Trump on Monday warned that the U.S. is a “divided nation” where the relationship between police officers and African-American communities is “far worse” than many people believe.

Trump’s comments, made in an interview with the Associated Press, served as a direct contradiction to President Barack Obama’s assessment of tension and division in the country. Speaking after the deadly shooting of police officers in Dallas, Obama said Saturday that the U.S. is “not as divided as some have suggested,” and he rejected the idea that history is repeating itself when it comes to racial tension.

But in Monday’s interview, Trump warned that the violence and tension seen last week would likely grow worse.

“When President Obama said the other day that he doesn’t think it’s as bad as people think, I think it’s far worse and certainly far worse than he believes it is,” Trump said, according to the AP. “We are in a divided nation. I looked two nights ago and you were having trouble in 11 different cities, big, big trouble. And the press actually plays it down. I mean, you were having big, big trouble in many cities. And I think that might be just the beginning for this summer.”

Trump called the shooting deaths of Alton Sterling and Philando Castile by police officers—both of which were captured on video— “absolutely horrible to witness.” Asked what he would say to African-Americans who feel targeted by police, Trump said “we have to build up the spirit.” He also criticized “Black Lives Matter” as “a very divisive term.”

“Certainly if they’re going to allow that to go along rhetorically, this is not a good thing for our country,” he said.

Obama will speak Tuesday in Dallas, where he is expected to try to comfort the nation after a week of loss. 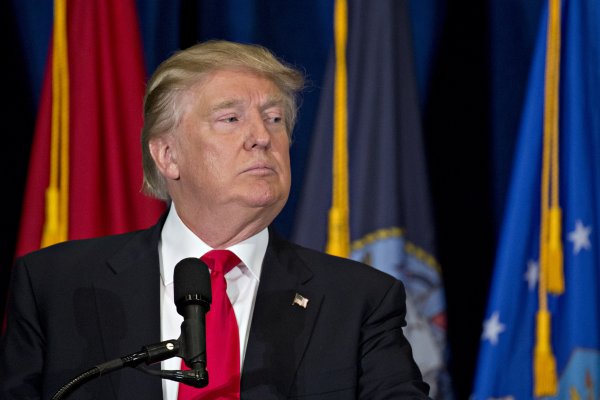 Donald Trump Once Said Hillary Clinton Would Make A 'Good President'
Next Up: Editor's Pick