Matthew McConaughey’s notoriously odd Lincoln commercials where he manages to stare off into the middle distance while driving and waxing rhapsodic about …er, stuff have always been prime parody material. Now, there’s a new contender for best satirical take on the ads thanks to a little girl and a pink Barbie Jeep.

In the video, posted by Eric Moyer to YouTube, Michelle Moyer taps into the McConnaissance and delivers a pitch perfect take on McConaughey’s Lincoln commercials, all while slowly cruising in her Barbie Jeep. In the fake ad, she notes that she doesn’t drive her Barbie car to be cool, or because someone pays her to do it, or even to make a statement. She does it because she just likes it, which of course makes her cooler than any other kid on the block. In fact, she seals the deal when she rides off, giving McConaughey a (very slow) run for his money. 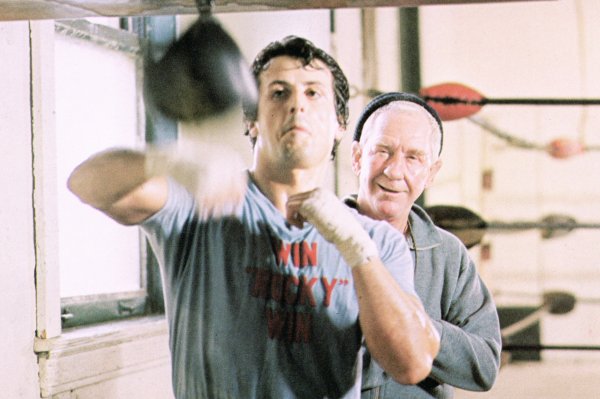 Watch This Baby Work Out Just Like Sylvester Stallone in Rocky
Next Up: Editor's Pick