Venezuelan President Nicolás Maduro said the global financial institution Citibank is about to close his government’s foreign currency accounts amid a financial crisis sparked by the slump in global oil prices.

Reuters reports that the New York-headquartered bank has not itself confirmed the closures. But Maduro said in a speech Monday that his government had been warned accounts belonging to the Central Bank and the Bank of Venezuela — which the government uses for transactions in the U.S. and globally — would be shut in 30 days.

“Do you think they’re going to stop us with a financial blockade?” Maduro asked. “No, gentlemen. No one stops Venezuela.”

Venezuela’s economy is in crisis. Some international companies are ceasing their operations due to supply shortages that, along with a scarcity of food and other essentials, are linked to a lack of foreign currency. Although precipitated by the decline in revenues from oil, the economic crisis has also been blamed on mismanagement by the leftist government of Maduro, who succeeded the late Hugo Chavez in 2013. 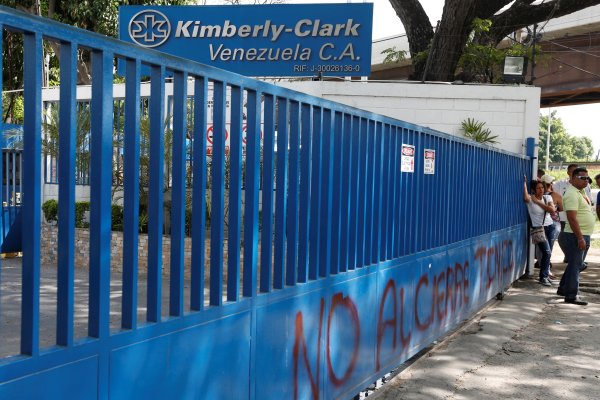 Venezuela Seizes Control of American Factory
Next Up: Editor's Pick