The Pentagon crossed a critical threshold Monday when Defense Secretary Ashton Carter said he was ordering 560 more U.S. troops to Iraq for the express purpose of taking back the two major cities held by ISIS. It’s an important moment, because only when Mosul, ISIS’s biggest prize in Iraq, and Raqqa, the capital of its self-declared caliphate in Syria, are retaken will the world view the two-year-old Islamic State as being finally on the ropes.

“You will now embark on the next major steps of our campaign—to collapse [ISIS] control over Mosul here in Iraq and Raqqa in Syria,” Carter told U.S. troops during an unannounced visit to Baghdad.

Most of the reinforcements will head toward the Qayyarah air base 40 miles north of Baghdad, which Iraqi fighters seized from ISIS forces on Saturday. They boost the total U.S. troop presence in Iraq to about 6,000 and represent a 10% increase of U.S. troops in the country.

The growing number of U.S. troops at Qayyarah are expected to serve as a launching pad for the long-delayed key fight for Mosul, which ISIS has occupied since June 2014 following the collapse of its Iraqi defenders. “The coalition believes that Mosul is the prize,” Army Colonrel Christopher Garver said last week. “Continuing to break the caliphate and continuing to break the will of [ISIS] inside is the right course of action.” Pentagon officials said the U.S. troops will focus largely on logistics and communication that will increase the combat power of the Iraqi forces. “Nothing very sexy in any of that, but all very necessary to keep the campaign moving forward,” Army Lieut. General Sean MacFarland, commander of the U.S. anti-ISIS campaign, said.

A former top commander in the region believes Carter has lined up allies to join in the fight. “Reading between the lines, I suspect that he has some major commitments from the Iraqis, Kurds, and Syrian opposition to go for the gold,” says retired Marine general Anthony Zinni, referring to ISIS’s two prized cities. Iraqi troops, aided by Kurdish fighters from northern Iraq and U.S.-led airstrikes, have slowly but steadily been tightening a noose around Mosul. “I also suspect that Carter is convinced that Mosul and Raqqa are isolated,” adds Zinni, who commanded all U.S. forces in the region as chief of U.S. Central Command from 1997 to 2000. “It sounds like he will use this to pressure regional allies to step up their contributions.”

The continued existence of Mosul and Raqqa as ISIS-held cities is a rebuke to the civilized world, Pentagon officials say. So long as ISIS controls them, would-be jihadists will be enticed to launch attacks in the name of the existing Islamic State caliphate. Crushing ISIS is “absolutely necessary because it’s important to destroy the idea that there can be a state based upon the ideology represented by [ISIS],” Carter said.

Once the cities fall, U.S. thinking goes, ISIS’s attraction to young Muslims will fade. “This is just the next step in a long-term U.S. campaign that is evolving with other U.S. partners in the Middle East to slowly grind down ISIS and roll it back from its well-publicized advances in Iraq and Syria,” says David Barno, a retired three-star Army general who commanded U.S. and allied troops in Afghanistan from 2003 to 2005. “Secretary Carter has just acknowledged the reality that the U.S. is playing the long game here—and that we will continue to quietly ramp up U.S. troop strength one step at a time to achieve whatever it takes to defeat ISIS across the region.”

Targeting the cities and the state they represent has indeed been a long game. Originally, the U.S. military expressed hope that it could train sufficient Iraqi troops for an offensive to retake Mosul by spring of 2015. But that timetable evaporated as it became clear that the $25 billion the U.S. had spent training Iraqi troops between 2003 and 2011 had been squandered. Pentagon officials have recently suggested that the fight for Mosul has slid until early 2017, but Iraq’s recent battlefield successes in retaking Fallujah, Ramadi and Tikrit have led to talk that the Mosul fight could begin before the end of this year. “Maybe [Carter] is under pressure himself to get some big wins before November,” says Zinni, which would let President Obama deliver a nice gift to his successor in January.

“The time allowed the Islamic State to function—now going on two years—is one of the principal causes of the atrocities the Islamic State has instigated against innocent civilians,” retired three-star Air Force general David Deptula recently said. “The elimination of the Islamic State as a functioning organization should be the primary focus of our strategy.”

U.S. military officers are betting a retooled Iraqi military will do a better job at taking Mosul than they did at losing it. “I was there when Mosul fell,” Air Force Lieut. General Bill Bender told TIME last week. He was serving in Baghdad as the No. 2 U.S. military officer at the time, trying to bolster Iraqi security. “Some hundreds of thousands of Iraqi troops melted into the local environment and simply put down their guns and took off their uniforms and left—they weren’t committed to the fight.” Political infighting among the Shiite-dominated government in control and its cashiering of Sunni commanders crippled morale of the Iraqi forces. The U.S. should have a keener understanding of the ethnic issues plaguing the Iraqi military now, and work to reduce them, he added, before trying to take back Mosul. 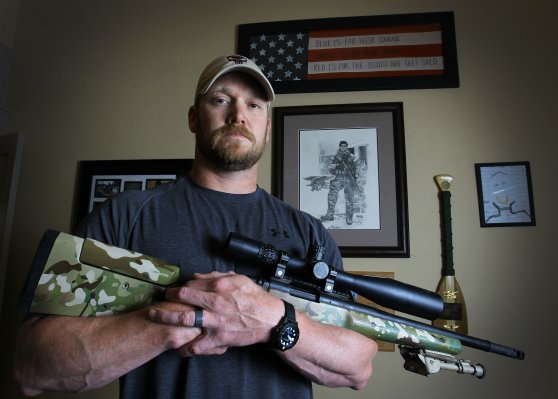