Two Brits — one a renowned actor, the other a just-crowned Wimbledon tennis champ — had a chance to meet each other at a post-Wimbledon reception on Sunday, and their polite exchange is everything you’d expect from a pair of respected, well-mannered gentlemen with informed admiration for the other’s craft.

“I’m a massive fan,” Andy Murray starts off after shaking Benedict Cumberbatch’s hand along with that of the actor’s wife, Sophie Hunter.

“Well, likewise, likewise,” Cumberbatch rejoins. He adds that it was “really inspiring to watch” Murray play.

We also learn that Murray is a big fan of Cumberbatch’s TV show Sherlock, even pumping his fist when Cumberbatch mentions that he’s currently working on filming new episodes (although there will only be three in the upcoming season).

Cumberbatch then plays his trump card, asking about Murray’s infant daughter — and proving himself to be a proper superfan in the process. Murray says his five-month-old has started sleeping through the night.

Maybe this is the start of a beautiful friendship: a British bromance filled with mutual respect and polite pleasantries. We’re here for it. 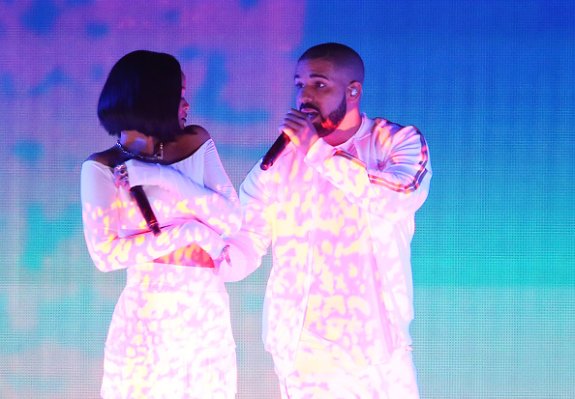 Drake and Rihanna Pay Tribute to Fan Who Died From Cancer
Next Up: Editor's Pick