EThe U.S. Embassy in Dhaka will remain open and operating, but family members of government personnel posted to the embassy are permitted to voluntarily leave, according to a statement from the State Department.

“The U.S. government assesses that the terrorist threat is real and credible,” the statement said.

Terrorism in Bangladesh has been in the spotlight this month, after more than 20 people, all of them foreigners, were taken hostage and killed at a popular Dhaka restaurant on July 1.

Other attacks targeted “religious minorities, bloggers, publishers and security forces throughout the country,” the statement said. ISIS and Al Qaeda have publicly claimed responsibility for the attacks.

U.S. government officials and their families are currently not allowed to visit public establishments or places in Bangladesh, travel on foot, bicycle, or by other “uncovered means” on public thoroughfares and sidewalks, or attend large gatherings in the country, according to the statement. 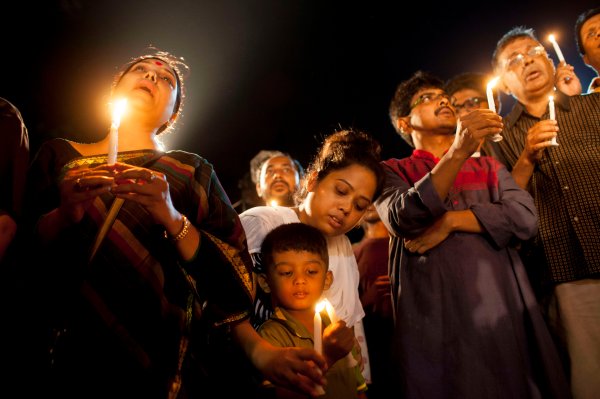 Bangladesh: What It Will Take to Beat Terrorism
Next Up: Editor's Pick