How One Photo Captured Both Unity and Division in America

Assistant Chief of Police Gary Tittle comforts a young man in front of the police station where a memorial was erected for people to come and grieve. Dallas, Texas.
Ruddy Roye for TIME
By Olivier Laurent

The photograph shows Gary Tittle, the Assistant Chief of Police for Dallas, holding a pink rose as he comforts a young black man. Its symbolism is unmistakable: two men of different skin colors share their grief following a week that saw the killings of two black men—in Baton Rouge, La., and Falcon Heights, Min..—and five police officers in Texas.

For Ruddy Roye, who took this photograph while on assignment for TIME, the portrait shows that it’s possible to see past differences. The Brooklyn-based photographer came across the scene when he saw a small crowd gathering in front of the Dallas Police Department. “I went over to investigate only to see the Assistant Chief hugging everyone who came up to him,” he says. “It was as if they were walking up to see the Pope. There was something spiritual about it. The Assistant Chief appeared very compassionate and deeply concerned with the hurt and grief of everyone, especially this young man.”

But, when Roye first posted it on TIME’s Instagram, some of the comments he received surprised him. “A lot of people thought that this image was faked by the police as propaganda,” he says.

As he read the comments posted below the photograph, Roye says the response convinced him that many people are “hungry for revenge.” For the photographer, real change “is something that sometimes come with a swallow, a pause, a moment to think about consequences,” he says, and he believes that forgiveness is possible. It quickly became clear, however, that not everyone agrees.

Through his photography, Roye tries to show how different perspectives are necessary to get the full picture. “In order to shift the narrative we have all come to know, you have to show other sides,” he says, “so that the viewer can see that there are other choices and possibilities.” 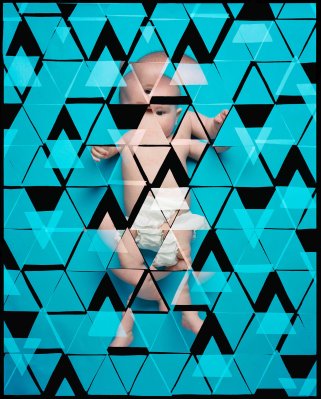 Hannah Whitaker: The Science and Art of Constructing Images
Next Up: Editor's Pick