A slim majority of Americans disagree with the FBI’s decision not to recommend charges against Hillary Clinton for her use of a private email server during her time as Secretary of State, according to a new poll.

According to a ABC News/Washington Post poll, 56% of those surveyed disapprove of the FBI’s recommendation, 35 percent of those surveyed approve. The results come just a week after FBI Director James Comey delivered a detailed explanation of the bureau’s decision not to bring charges. The pollsters surveyed only 519 people, a relatively miniscule sample size.

The poll also finds that 57% of Americans are worried about how Clinton would govern if she were elected president in November in the wake of the Justice Department’s decision not to indict her; 39% say the two are not related.

Throughout the campaign, polls have found voters distrustful of Clinton, though Republicans are more likely to say they don’t trust her than Democrats. And the ABC/WaPo poll also shows political affiliation is a major factor. Republicans and Independents were most likely to say the FBI was wrong and that they are worried about her potential presidency.

The groups were also more likely to be among the 28% who said the decision made them less likely to vote for Clinton in the election. For 58%, however, the FBI’s decision will have no impact on their vote.

The poll has a margin of error of plus or minus 5 points. 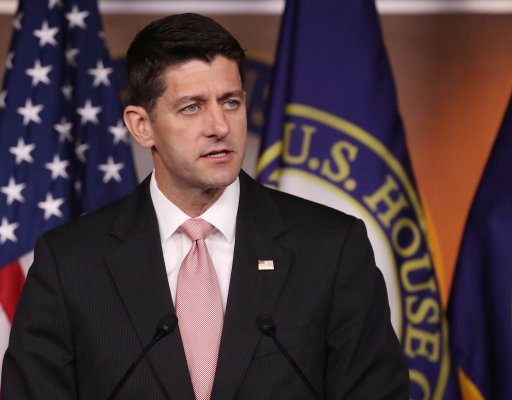 Paul Ryan to Make Call for Unity at GOP Convention
Next Up: Editor's Pick