A crew member of a fishing vessel anchored at the mouth of the South China Sea prepares for a fishing expedition to Scarborough Shoal on June 16, 2016.
Ted Aljibe—AFP/Getty Images
By Hannah Beech / Shanghai

Few people noticed on a wintry day in the Netherlands when the Philippines submitted a 20-page document for an arbitration case against China. After all, the Permanent Court of Arbitration (PCA) hardly commands the glamour of the International Criminal Court, another intergovernmental judiciary based in The Hague that tries suspected war criminals. Recent cases on the PCA’s docket have included a dispute between an Indian potash company and a Nepali agricultural firm, as well as a wrangle over a detained ship involving Malta and São Tomé and Princípe.

In its suit, the Philippines argued that a scattering of Chinese-controlled rocks and reefs in the contested South China Sea do not qualify for so-called exclusive economic zones (EEZs) that grant governments economic control of up to 200 nautical miles of surrounding waters. In other words, Manila asked the international tribunal to strip China of many of its claimed rights in the resource-rich waterway. Beijing, which demarcates nearly all of the South China Sea as its own through a nine-dash line etched on Chinese maps, rejected the Philippine suit and boycotted the entire proceedings. (The lawyers for the Philippine suit also wanted the PCA to rule on the legality of the nine-dash line.) But for months, most other nations paid no attention as the five-man tribunal, headed by a judge from Ghana, went about its deliberations.

On July 12, the PCA is expected to deliver its final award on the arbitration case between the Republic of the Philippines and the People’s Republic of China. Far from ignored or insignificant, the case is now viewed as a litmus test of how an increasingly assertive power will engage with other nations and contend with the arm of international law. China’s territorial claims in the South China Sea conflict with those of five other governments: the Philippines, Vietnam, Brunei, Malaysia and Taiwan. The PCA’s decision, which is likely to at least partly favor the Philippines, is not enforceable. Beijing’s response has been to dismiss the entire case as a “political farce,” casting itself as the victim of an American-led plot to suppress a rival power. “The case, from the very beginning, is a trap set by the U.S. to maintain its dominance in the Asia-Pacific region,” went a July 8 editorial in the People’s Daily, the Chinese Communist Party’s mouthpiece. “One of its real purposes is to alienate China and its neighbors by defaming China in the name of international law.”

Chinese propaganda czars have unleashed a p.r. blitz blasting the proceedings. The campaign has included everything from advertorials in major Western papers to supportive statements in Chinese state media courtesy of Croatian and Argentine analysts, among other surprising sources. Nevertheless, the PCA’s ruling — and Beijing’s reaction to it — will help shape China’s global reputation. That’s largely because since the Philippines lodged its case three years ago, China has literally redrawn the map, building islands bristling with military hardware atop what were once mostly underwater reefs. In its annual report on China’s military in May, the U.S. Department of Defense estimated that the Chinese have fashioned at least 3,200 acres of new land in the South China Sea’s Spratlys archipelago over the past couple years. All the other claimants combined reclaimed 50 acres over the same period, according to the Pentagon’s estimates.

Under the rules of the United Nations Convention on the Law of the Sea (UNCLOS), only naturally formed islands that can sustain human or economic life are eligible for significant EEZs. Chunks of rock that disappear under high tide don’t count. Nor do underwater atolls, even if they have been built up by massive sand-dredging. If the PCA rules China’s man-made islands do not qualify for EEZs, China will lose international legal sanction over much of the South China Sea. Of course, Beijing’s islands — complete with tennis courts, missile batteries and fighter jet-ready airstrips — will not be unmade. But, at the very least, Beijing will have to contend with international condemnation delivered via a court in The Hague.

Ownership over the South China Sea — or West Philippine Sea, as the Filipinos like to call it, and the East Sea, to the Vietnamese — has been subject to both quixotic and deadly claims. In the 1970s and ‘80s, dozens of soldiers, mostly Vietnamese, died during skirmishes between Vietnam and China over another set of disputed South China Sea islets called the Paracels. In the 1950s, a Filipino fishing and guano (excrement of seabirds used as fertilizer) entrepreneur named Tomas Cloma unilaterally designated the sea’s eastern flank an entity called the Free Territory of Freedomland. He placed Freedomland’s capital on a Spratly dot called Flat (or Patag) Island, which is now patrolled by seven Philippine marines accompanied by seven dogs. For years, the Philippines tied its title over the Spratlys to the sanctity of the Free Territory of Freedomland. It was hardly the most legally iron-clad of claims. But the territorial assertion had a precedent. In the late 19th century, British officials operating from colonial Borneo granted Western adventurers licenses to mine guano in the Spratlys.

The Philippine decision to resort to an international tribunal came after China effectively seized control of Scarborough Shoal, a South China Sea reef located fewer than 200 nautical miles from Manila, the Philippine capital. “We are trying to promote rule of law after China’s unlawful and unilateral actions at Scarborough Shoal,” Charles Jose, spokesman of the Philippine Department of Foreign Affairs, tells TIME. “We are trying to establish an international order where might will not equal right.”

The U.S., which has a security pact with the Philippines and has dispatched aircraft carrier strike groups to the South China Sea with increasing frequency, says it takes no position on who owns which bits of South China Sea rock. But top U.S. officials have urged Beijing to respect the tribunal’s ruling. On July 7, the Twitter account of the U.S. Pacific Command, which has engaged in freedom-of-navigation exercises in the South China Sea, quoted a Forbes online column in a tweet: “You have to hand it to China… they can analyze a situation, that they actually created, and turn it completely around and play the victim.”

Meanwhile, Chinese state media ran stories on July 11 about a fifth Chinese-built lighthouse that will soon shine in the South China Sea. Earlier in the month, Chinese Foreign Ministry spokesman Hong Lei claimed that at least 60 countries backed China’s position on the Philippine suit, even if some of the nations supposedly on Beijing’s side have distanced themselves from any such support. “The arbitration and any award,” said Hong, “are obviously unpopular.” That remains to be seen. But there’s little doubt that the arbitration decision from a once-obscure tribunal in The Hague will be keenly watched. 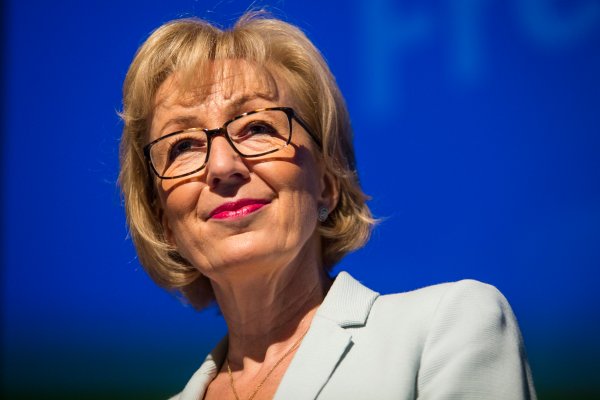 British Lawmaker Apologizes for Motherhood Comments
Next Up: Editor's Pick