ISIS Has Launched a Newspaper to Recruit Southeast Asian Fighters

The Islamic State has published a local language publication to increase its appeal to jihadists in Southeast Asia, according to a report in the Malaysian newspaper Berita Harian cited by the Malay Mail.

The publication al-Fatihin — the name is Arabic and means the Conquerors — was launched on June 20, in the holy fasting month of Ramadan, with the tagline: “The newspaper for Malay-speaking migrants in the Islamic State.” The articles, bringing updates from Iraq and Syria, were mainly written in the Indonesian language, which is comprehensible for many Malay speakers in Southeast Asia.

According to a report in CNN Indonesia, ISIS has a brigade called Katibah Nusantara, which is based in Syria and comprises Malay-speaking militants from Indonesia, Malaysia and the Philippines.

Apart from serving these jihadists, al-Fatihin also seeks to target its supporters in Malaysia, Indonesia, Brunei, Singapore, southern Thailand and southern Philippines — areas that overlap with the territory of a Southeast Asian caliphate envisioned by terrorist group Jemaah Islamiyah.

“Al-Fatihin’s tagline drives the point that, no matter the differences and nuances in language, identity and origins, Southeast Asian jihadists have a common logos and as such, all Malay-speaking jihadists should act as one,” they added.

Two days after the newspaper was launched, ISIS released a video declaring the Philippines as its territory and calling for Southeast Asian jihadists to travel to the Philippines if they could not go to Syria.

There are growing fears of ISIS encroachment in the region. Different militant groups in Southeast Asia have pledged allegiance to ISIS, including the East Indonesia Mujahideen in Central Sulawesi province, and Abu Sayyaf in the southern Philippines. Recent terrorist attacks in Indonesia and Malaysia have been blamed on ISIS supporters, with links to Indonesian and Malaysian jihadists in Syria. 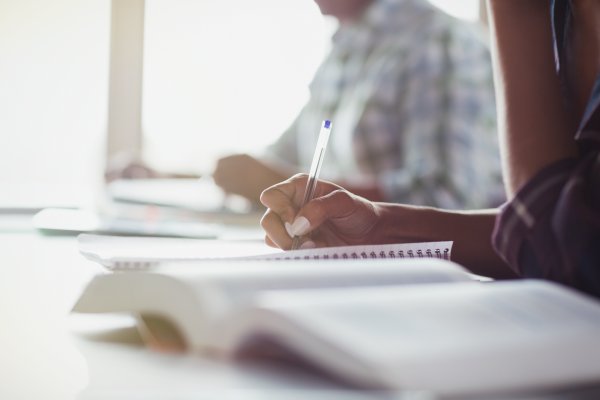 Woman Learns Father Is Murderer by Doing School Project
Next Up: Editor's Pick