Dallas Mayor Mike Rawlings told TIME on Sunday that while the alleged shooter who killed five Dallas police officers last week, acted alone in that instance, officials are investigating how he became radicalized and if others might be involved in similar plots.

“We are trying to determine whether he was truly acting alone. He was the only shooter that night, but we’re trying to understand if he was aided and abetted by any individual,” Rawlings said. Rawlings said no ties to ISIS, al-Qaeda or any terrorism group have come up in the investigation. “We believe his extremism was around Afro-centric, black militant groups in nature.”

As Dallas begins to heal from the tragic events, Rawlings said the city will, after a period of mourning, begin a series of conversations about how to come together. “I think that mourning together as a community helps those ties. Births, having kids, marriages and dying. Being together around those events at those times is an important part of the city so that’s key,” Rawlings said. “We need to continue to have that dialogue.”

Some Black Lives Matters groups have called on city officials to do away with the so-called 72-hour rule, which allows cops to review witness statements and footage after an officer-involved shooting or event for 72-hours before making their own statements. Rawlings ruled out any such changes, saying he stands by the police.

Rawlings, a Democrat, was elected in 2011 after he beat a former Dallas police chief. The former Pizza Hut CEO was reelected overwhelmingly in 2015 to a second term. He has made revitalization of the city’s southern areas a priority and, after his reelection, made police outreach to minority communities a priority given what was happening in Ferguson and Baltimore.

Rawlings argued that it doesn’t help when leaders—particularly the president and the presidential nominees—use “dramatic” and “divisive” language. “Drama is created by extreme tension. And what we have to do is learn how to disagree without demonize,” he said.

When asked if was alluding to presumptive Republican nominee Donald Trump’s often divisive rhetoric, Rawlings first noted that Trump’s response to the Dallas attacks was very good. “Words are important,” Rawlings said. “He’s a TV star. He knows how to get ratings. He’ll say things that create drama, get the synapses firing in the brain. But drama isn’t necessarily good—it can lead to terrible things.”

Rawlings defended as “brilliant” the use of the robot to killed the suspect, 25-year-old Micah Johnson. “We weren’t looking to create precedent here,” he said. “We were looking to save police officers lives.”

He also noted that Dallas has one of the lowest rates for a big city of police use of excessive force and a more diverse police force than some other cities. But, he warned that, “the big story that is underlining all this is that recruiting police officers today is harder than it’s ever been because of what the perception is, because of whiplash of these incidents,” he said. “Young men and woman of color, young men and women not of color, are saying, ‘I’m going to chose a different career.’ It’s problematic already in Dallas and in other major cities.” 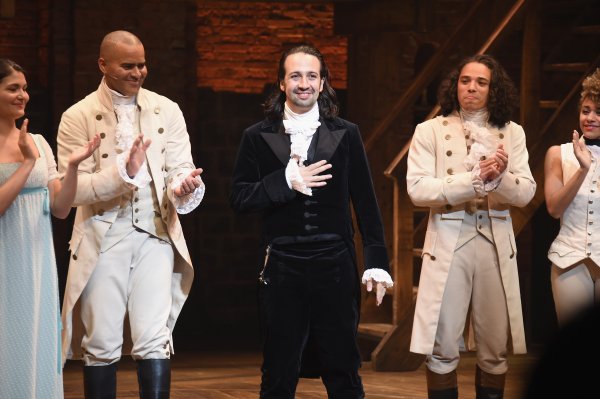