President Obama: America 'Not as Divided as Some Have Suggested'

President Barack Obama on Saturday cautioned that “America is not as divided as some have suggested,” while acknowledging a week plagued by deadly violence involving law enforcement in the U.S.

“Americans of all races and all backgrounds are rightly outraged by the inexcusable attacks on police, whether it’s in Dallas or anyplace else,” Obama said, referring to an attack by a lone gunman Thursday that left five police officers dead and seven wounded, the Associated Press reported.

“That includes protesters,” Obama said, speaking from Warsaw, where he attended the NATO Summit. “It includes family members who have grave concerns about police conduct, and they’ve said that this is unacceptable. There’s no division there.”

The Dallas attack came during a peaceful protest over the shooting deaths of two black men by police officers earlier this week, fueling a national debate over use of force by police and racial disparities in the criminal justice system.

But Obama rejected the idea that a dark era of U.S. history is repeating itself, saying Saturday that “we cannot eliminate all racial tension in our country overnight.”

Obama will cut his European trip short by one day and visit Dallas early next week. 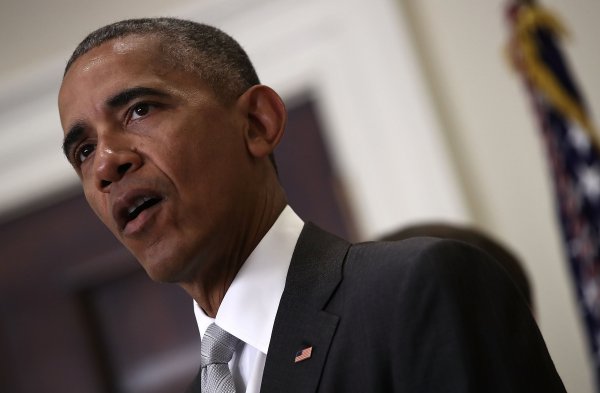 Read President Obama's Remarks About the Dallas Police Shooting
Next Up: Editor's Pick